There is only the Great Hall and these few walls remaining of Winchester Castle. 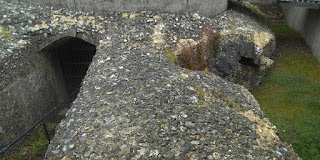 Not a lot to go on really when the decision was taken to construct an accurate 13th century garden in memory of Queen Eleanor of Provence and wife of Henry III and her daughter-in-law Queen Eleanor of Castile, wife of Edward I. Both Queens lived at the castle. The specialists turned to the manuscripts and descriptions of the other contemporary Royal castles for inspiration and detail. 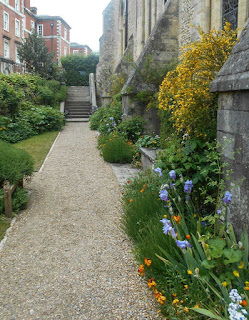 The garden is built on the original front of the Great Hall and uses the plants of the time which are mainly grown in this country. The holly, ivy and bay represent the Medieval virtue of faithfulness and the rosemary, columbine and strawberry aspects of the Christian spirituality

Although tiny, it has a wonderful ambiance and fits in perfectly with the ancient building which stands next to it. The seats are copies of ones within the Hall, there's a wall turf seat which would have been a common feature of the time and this wonderful fountain has details based upon a tomb and carvings from within Winchester Cathedral and the nearby Hospital of St Cross. 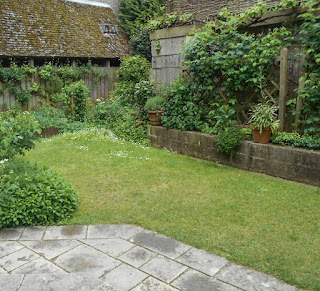 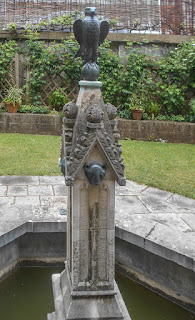 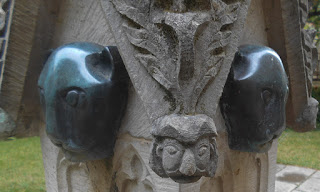 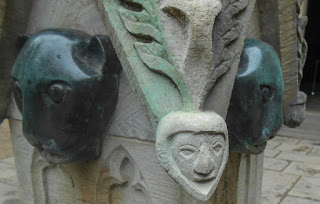 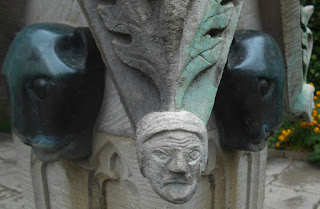 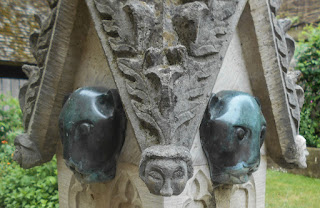 Had somebody not flagged this up very recently on FB I'd have missed this little gem on our fleeting visit on Saturday. That would not have been the first time either....it was opened by the Queen in 1986 as part of the 900 year old anniversary celebrations of the Domesday Book. Back then I was studying in the city and I remember being taken to the exhibition in the Great Hall by my parents, but I have no memory of this at all. Typical student eh!