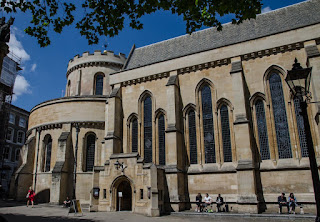 This is the Temple church in London which rose to prominence as one of sites in the "Da Vinci Code". It was built by the Knights Templar in the 12th century and its shape is in reverence to the Church of the Holy Sepulchre in Jerusalem. These days, as the popularity of the book has waned, it has dropped back down below the parapet and regained its tranquil atmosphere.

I've decided not to do an extensive show and tell of our visit. Instead I'm just going to concentrate on a couple of highlights. One of the things it is most well known for is the set of incredibly well preserved knight effigies. Although they suffered bomb damage they still retain an impressive level of detail. Seen from the gallery above gives a very different perspective.

Most people glanced at them as they made their way round, but I tarried and drank in the details. My closer observations meant that I could see the facial hair on one knight and the carved lion detail on the belt of another 14th century one. 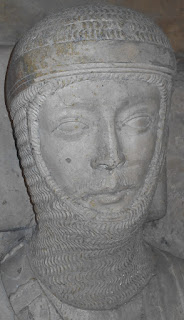 My personal favourite was this one to Edmund Plowden who was the treasurer of the Temple during the 16th century. The notice from 1687 at the back of it promised much.... 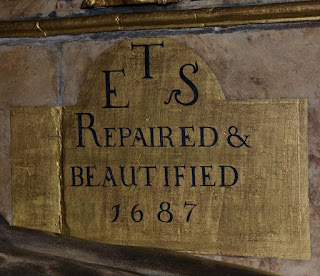 Frankly I think ETS delivered....even if I can't help thinking that the skull could give Carmen Miranda a run for her money with that confection its sporting! It looks garish to my eyes, but Plowden was a Catholic and hopefully he would have appreciated all that colour and gilding. Below is a picture of the man himself and a rather moving image of his hands in supplication. 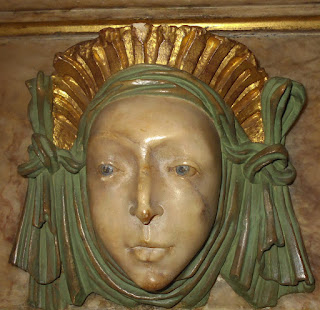 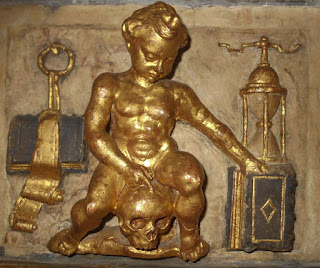 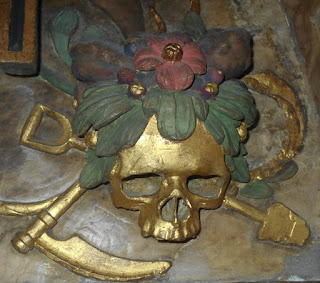 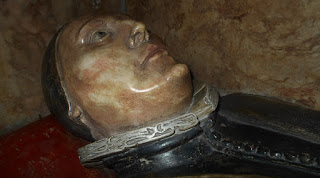 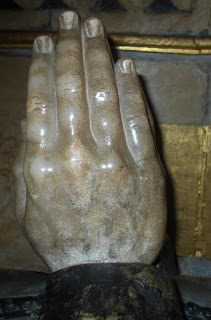 There was much else to my liking too. If you do visit there is an entry fee of £5 and opening hours vary on a day to day basis.