What caught my eye.

Our first holi"day" found us on a visit to the Amberley Chalk Pits museum which is fairly local to us. Despite its proximity we've only been here with a small galloping infant in tow or when I've danced there at their beer festival. Definitely no time to stand and stare.

It started out life as a lime making company and the hewn out former site now houses all sorts of vehicles and themed displays of yesterday. I'm not one for reading long spiels or knowing how things work. Instead I take an intuitive approach and mentally log whatever catches my eye and captures my fancy. This is my personal take on what I enjoyed the most.

I loved this charming Scottie Dog heater for a child's room. It hails from a time when people weren't obsessed with health and safety, but I think it could probably have been improved with a safety guard that said! 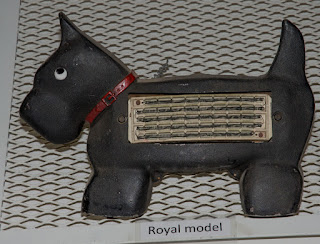 This rather odd looking structure was an air raid shelter for two people from Brighton. It was designed to withstand falling masonry and blast damage for the workers at the power station. 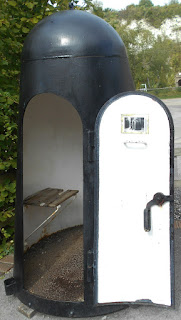 Sinclair C5. Remember them? Sadly we do, but for all the wrong reasons.

Sometimes it seems there is no such thing as new technology....just the tweaking of old tech. This is an electric car that dates from 1975. The battery only held its charge for 70 miles and after working out it cost several times more than a petrol driven car to run it was put to one side. 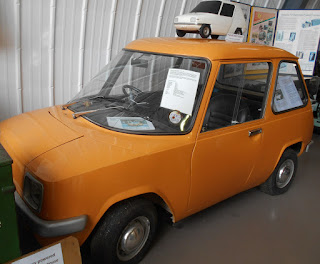 If you have ever wondered what a phone looks like when it's been struck by lightning here you go! Rather like a Salvador Dali surrealist masterpiece. 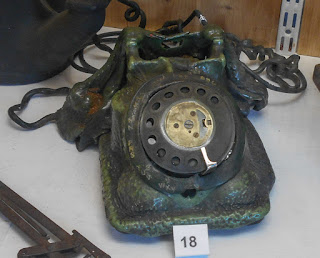 This grey and unremarkable truck was used to transport London's art treasures to the safety of the Welsh slate mines during WWII. 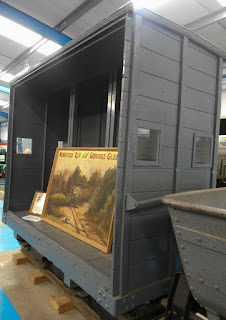 A fire hook from before the days when there was any type of organised fire service. This type of tool has been around since 11th century and was used to pull the thatch and beams from burning roofs to create a fire break.

Cats Eyes...first time I've ever seen them close up to as usually I only ever get to drive over them. I had no idea they were self cleaning. Such a clever invention and truly world changing. 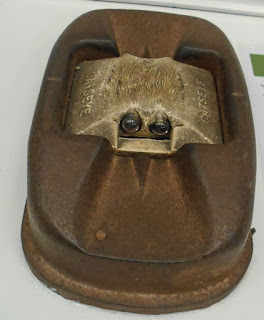 WWI streamer messages. You put the message in the little white pouch and dropped the streamer from a plane over friendly lines. They were weighted with lead so that they couldn't go too far off course and fall into enemy lines.

The ceramic parrot cover was a marketing ploy supposedly to make the then "new" tech acceptable to the lady of the house....thought up by the same brain who thinks us girls need everything to be in girlie pink for it to appeal to us perhaps! 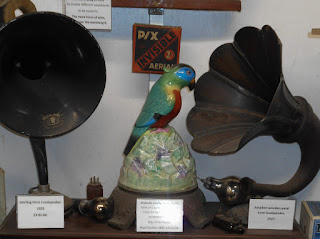 The windpump dates from 1910 and was used in both domestic and agricultural settings. It, along with the green skip, made an appearance in the James Bond film "View to a Kill." 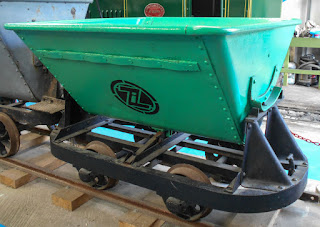 One of the volunteers has been busy...this bin is much more groovy than my boring old grey kitchen swing bin! 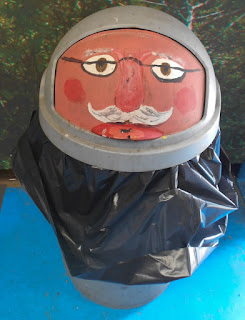 It made a very agreeable start to our September break from work.
Arilx