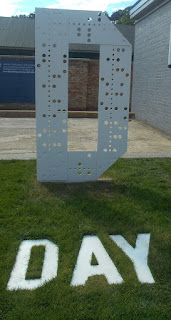 Purely by coincidence we met a friend at Bletchley Park last Saturday. I've wanted to go for ages. The information boards sum it up really. These people worked long hours on shifts with bad food and unable to divulge the work they were doing to a soul.  They were deprived of natural light and the huts in which they carried out their code breaking were baking in the summer, freezing in the winter, smoky, noisy and dusty. By March 1946 the whole operation was quietly disassembled and all those involved went back to their everyday lives. Not a word was breathed until 1974 and many have taken their secrets to the grave. There was sheer brilliance shown, yet modesty prevailed. Eisenhower believed that the codebreakers shortened the war by two years. 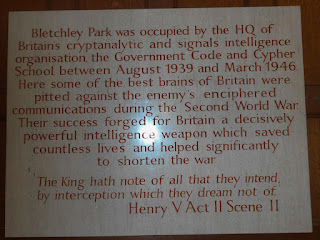 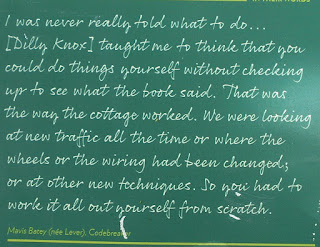 Surviving veterans on 1st July 2009 were given a commemorative badge. On the back it says "We also served". As the marking of the 75th anniversary D Day landings begin to unfurl today I can only thank these incredible people for the contribution they made to the war effort and the direct impact they had upon this specific turning point in the war.