Traditionally the Saturday morning at the Tewkesbury Medieval Festival is a free one for Mythago as we don't have our first slot until lunchtime. In previous years I've pottered around the abbey, but this time I decided to nose around the Living History village for an hour. I love talking to all the reenactors, both for their enthusiasm and knowledge of how people actually lived at the time.

Please don't be impressed with my apparent knowledge...I am simply parroting what I was told!!

This fellow was hammering the metal sheets which go inside the jackets they wore. Apparently folded metal gave more strength when hit. It's all a bit of a myth that the knights always fought on horseback. They tended to dismount as soon as they reached the battlefield and then engaged in combat on foot. They were extraordinarily fit men. Having seen some of the weekend knights overheating and exhausted after the staged battle I can see why...it's very difficult to remove the heavy armour and all the protective layers underneath quickly when your breathing and movement is very restricted. 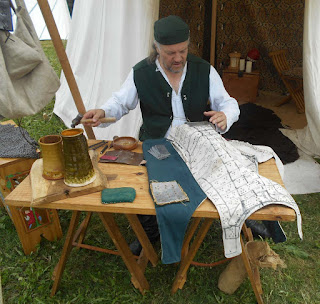 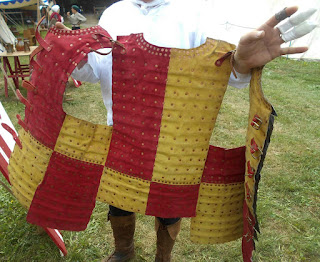 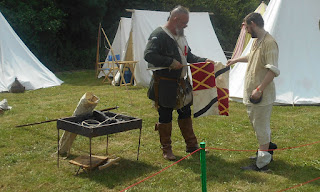 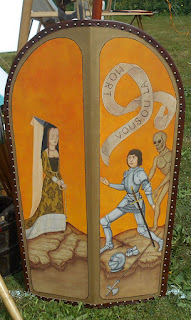 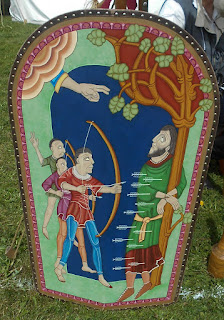 Replica weapons of the period. Don't think I would wish to meet anyone bearing any of these on a dark night! 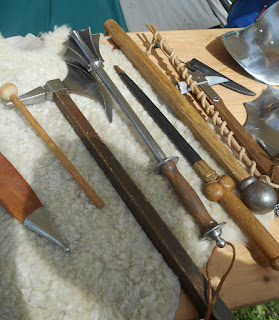 I simply had to ask this lady who she was representing as I had never seen that sort of headwear in any Medieval illustrations before. Apparently she is dressed as one of the gypsies who originally travelled across from Rajasthan. She used a basket to build her hat on! 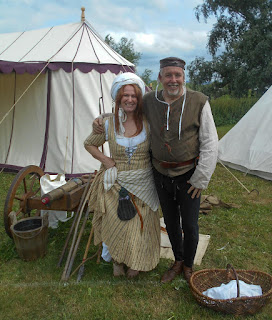 I rather liked the plush interior of this tent [more along the lines of glamping I'd say] and if I was to buy a tent this one would be my one of choice. Having heard however, that one lady had just paid £700 for one it's probably a good thing that I don't enjoy camping! 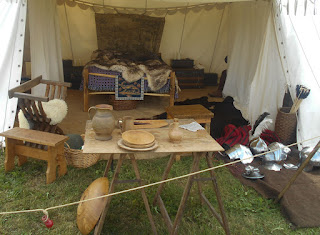 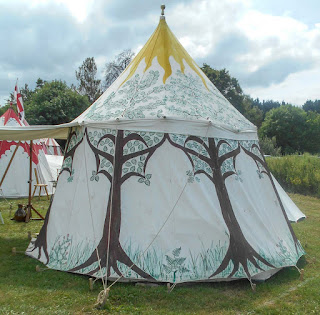 A final gleaning....the lock, stock and barrel part which forms today's blog post. This is a 15th century cannon. The skills of a barrel maker were needed for some types of cannon I believe because they were made from separate pieces of metal and then bound by hot metal hoops which contracted on cooling....the idea of transferable skills is not a new one then! 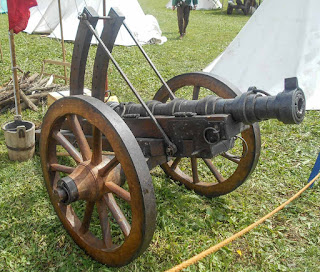 Delighted as I was to finally make it to the camp I subsequently found there are two more over the far side of the site that I didn't know about......well that's next year's free morning sorted then!