Frankly it's not much of a view is it really.....just a ploughed Sussex field. This anonymous vista though was one of the Advanced Landing Grounds which was built to cope with the expected additional aircraft associated with the D Day landings.

The site at Coolham was built during 1943 and was, by its very nature, temporary. Two runways were put down, the watch tower was a caravan and servicemen lived in basic tents.

Now you can walk round the perimeter of the airfield, but there are no details above ground to show its former existence. Pinned onto hedges, fences and trees are simply posters recording some of the stories. Some are anecdotes of those who lived in the vicinity. Bill Pertwee [then a London evacuee], who played the Chief ARP warden in Dad's Army, cycled over there as a boy to watch all the comings and goings after the D Day landings. This Loo-tenant story amused me too [double click to enlarge] 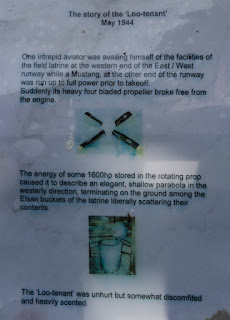 Nevertheless the memories are mainly sombre and the stats chilling. In only 57 days of operation 28 enemy planes were brought down, but 15 airmen lost their lives. That's one every 4 days. It wasn't until 1994 that 15 oak trees were specially planted to mark these heroes. 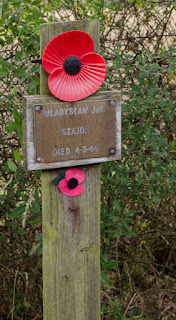 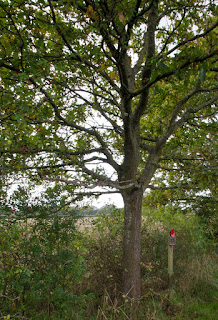 With it being the 75th anniversary of the D Day landings this year the story has been moved on a little bit more. The local Men in Sheds group has put up some permanent information boards and installed this memorial bench which is made from oak planks from a tree that came down in the Great Storm. It's a place to contemplate and enjoy the tranquillity. 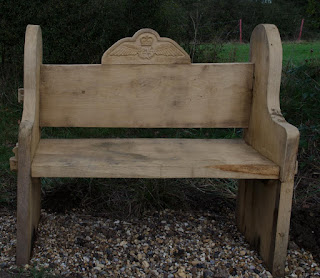 This is not far from me, but I've only recently found out about it. There is a more formal stone war memorial 100 yards back up the road.