During my three years of living in Winchester I learnt that the cathedral had the longest nave in the country and that a diver was used to shore up the foundations. TYM is at uni in a cathedral city and as he nears the end of his time there I fully expect him to emerge with about as much knowledge. That's students for you eh😈 After a 30 years plus absence it was probably time to try and make amends..... I've just put up a random selection of shots with explanations where needed or if I know what I'm looking at!

The Guardian Angels chapel. I think the clue is in the name. Painted by the King's Painter, Master William, in 1240ish. If my history is correct the reigning monarch would have been Henry III aka Henry of Winchester. 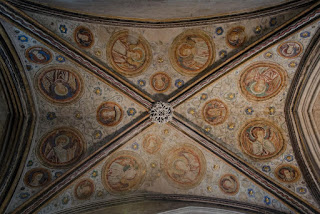 One of the famous mortuary chests [originally 8, but only 6 now] containing the bones of Saxon Kings and significant churchmen. They suffered at the hands of the soldiers during the Civil War who threw the bones through the windows to break the glass. There's currently a project to work out whose remains they actually have. Queen Emma [wife of Ethelred the Unready] is the latest one. 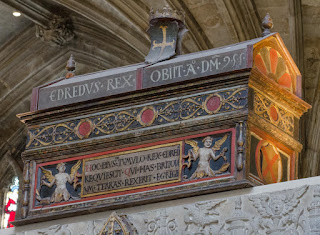 This is the site of St Swithun's shrine [he of 40 days and 40 nights of rain fame]. He was a 9th century Bishop and accredited with all sorts of miracles after his death. It must have been quite a sight to see the walls all festooned with crutches that those who came for healing left behind upon being cured. It didn't survive the dissolution and his body parts disappeared. 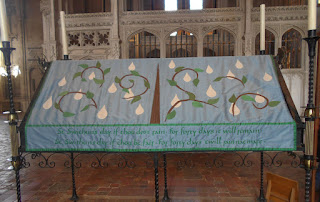 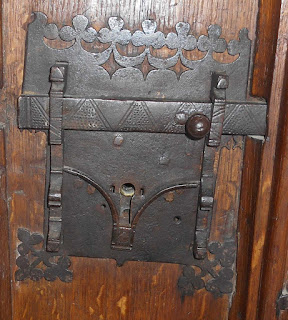 You see carvings covering all aspects of life within churches from the bizarre to the mundane. This little chap in the Lady chapel is getting undressed! 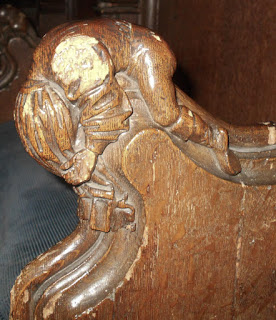 Modern sits happily alongside ancient within this religious setting. It's not a time warp, but a living and breathing space and this is reflected throughout. 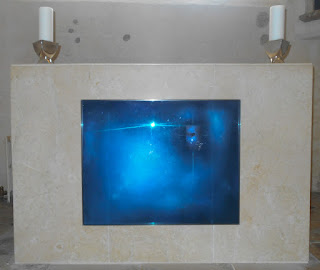 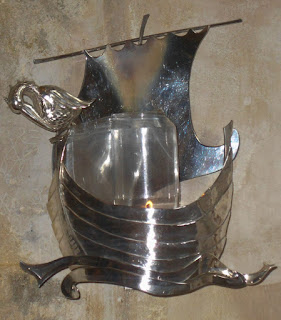 A seasonal touch of Autumn and a rather worried looking soul. 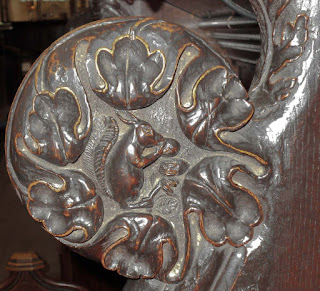 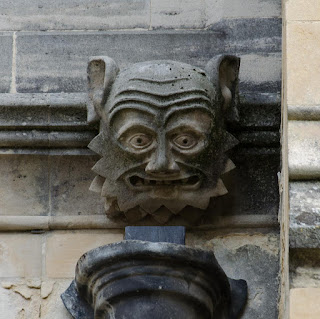 This work is designed by Maggi Hambling. Apparently the two altar cloths are called a frontal and a dorsal one. Of interest to me is that there's a well below which is thought to predate the cathedral. 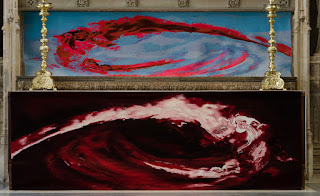 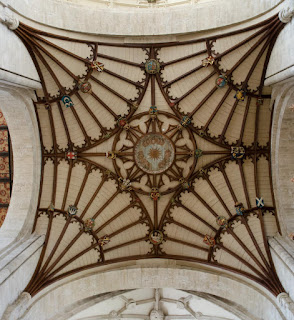 When we were there it was a designated green week in the city. The bee is made from donated materials and single use plastics. 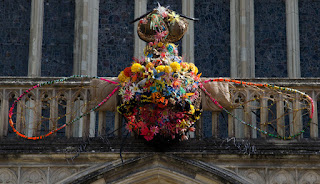 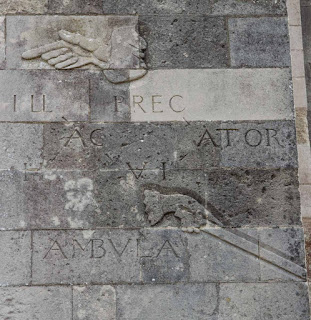 Well it would be rather rude I feel if the mad old bat was not to finish with a mad old bat...I have my standards to maintain and that folks is the topic of Winchester thoroughly exhausted!! 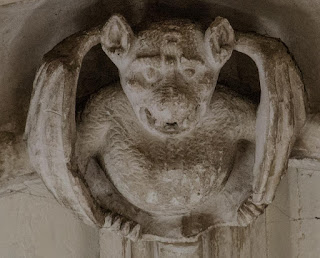