The alternative tourist's guide to Winchester.

I could show you photos of the traditional views of Winchester....the Alfred statue, the cathedral, the Guildhall...but you know me...not on here. This is what you get if you type "hidden, gems, obscure, unusual" into Google.

This collection of empty ancient stone coffins came to light during an archaeological dig in the 1980s. It is the site of Nunnaminster which was set up by Ealhswith, wife of Alfred the Great, in 903. After the Norman Conquest, it became the abbey of St Mary and St Edburga and continued until the dissolution in 1539. There are traces remaining of the different periods the building went through and boards which give more details. It sits slightly at odds with the modern brick buildings which tower above it. 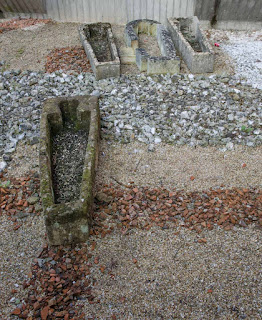 If you like a freebie this English Heritage ruin is rather good. Situated five minutes from the cathedral it's described as a castle, but is actually the remains of Wolvesey Bishop's Palace. It's first incarnation was in the 10th century, but it underwent several renovations over time. Eventually it was abandoned to the elements in 1684 in favour of a swankier model.

In its prime it was one of the most important medieval buildings in the country and the bishops owned land over a huge geographical area. Its most famous resident was Henry de Blois, brother of King Stephen. Keen to be on the winning side, he wasn't adverse to a spot of turncoating and upon his brother's capture in 114,1 he swapped to support Empress Matilda with the intention of consecrating her as Queen. Disliking her attitude soon saw him scuttling back to his brother with his tail between his legs. Before long he was involved in the Winchester siege during which Matilda was trapped within the city and then defeated. It seems doubtful that any of this did his reputation any good and that the fortified remains of his former home speak volumes about how he feared for his personal safety. To be honest I've visited other sites which I've paid for and had less to see so this is definitely worth a visit. 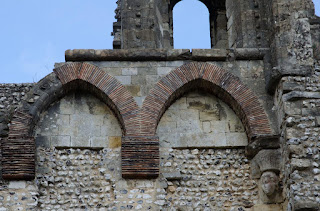 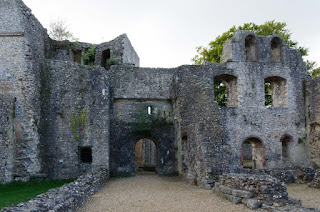 Should you fancy a five minute breather away from the crowds might I be so bold as to suggest you pop into the Dean Garnier garden which is tucked away behind a door in one of the walls in the cathedral close. It stands on the site of the former Priory of St Swithun and was planned as a place of tranquillity. It's up a flight of stone steps so you get a rather lovely view of the cathedral roof line. 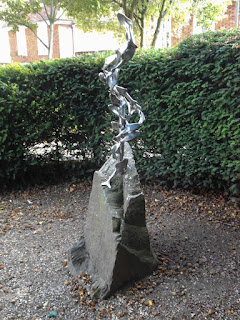 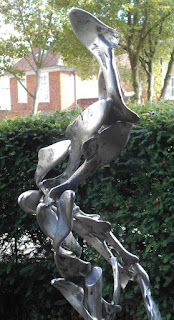 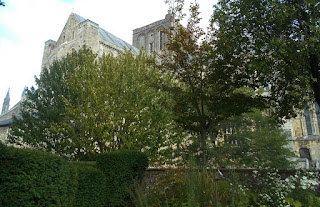 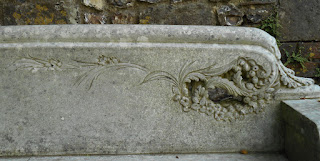 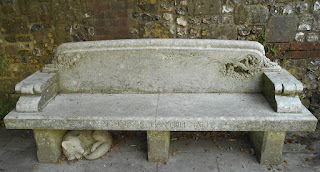 I hope you enjoyed this little tour of some of the less well known corners of the city. Fingers crossed that I can do the magnificent cathedral justice next time I post.