Who'd have thought I'd have been behind the controls in a helicopter, in the cockpit of a plane and seated in first class all in the course of a Sunday morning eh.....those were a few of the highlights of the Gatwick Aviation Museum which was set up by Peter Vallance in 1999 to house his burgeoning collection of Cold War planes. Originally they were all on show outside, but since Peter's death in 2016 the museum has been given planning permission to build hangars in the grounds of what was once a chicken farm.

Now I would be fibbing to you if I said I had much interest in planes...what I do like is the forms they take and the stories the volunteers, who man the place, have to tell. I much prefer the less staid atmosphere of these sort of places as opposed to the more formal feel to some museums. Everything is displayed a little more haphazardly with ongoing projects such as this one being plonked in the middle of it all.

I did start out with the intention of taking photos of the planes, but it was well nigh impossible to get a shot of a whole one and then when I realised that most of them were designed to carry bombs or missiles they kind of lost their appeal. Instead I captured a few model ones because Mr GBT used to make them and fly them as a hobby when I first met him and then just randomly pressed as things appealed😁 so if you're hoping for specific details I'm afraid you're going to be sorely disappointed. 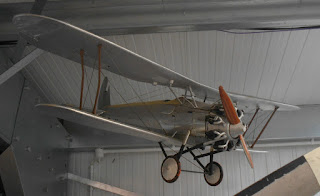 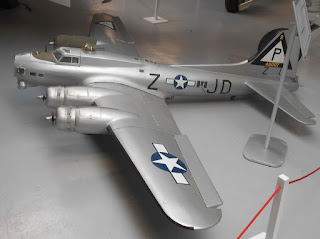 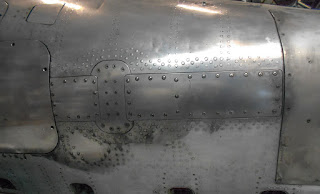 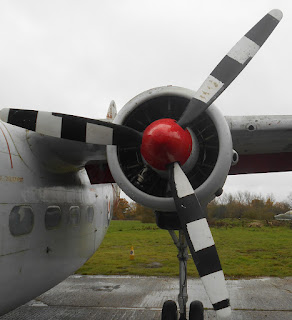 Speaking of Mr GBT here's the chap himself thoroughly enjoying flicking switches and pulling levers....that wonky angle of the cap makes him look more like a character on a Benny Hill sketch than a serious captain😆 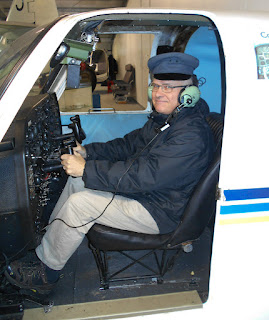 My daft brain was so excited to see that someone with a sense of humour had added a pair of googly eyes to the white Moomin type creature at the centre of this....imagine my disappointment when a closer inspection revealed it to be pair of screws which were part of the original construction....ah well a girl can wildly imagine....at least there was a slightly mad cow to distract me! 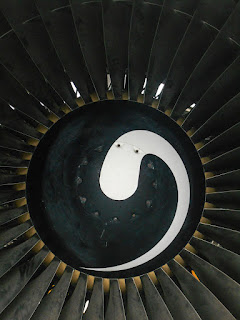 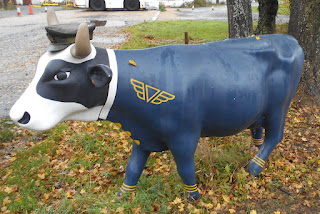 Flying's never really been my favoured mode of transport. I love the taking off bit, but after an hour or so I'm usually getting bored. Anything longer than that is a nightmare for me as I'm a fidget or I'm getting frustrated because I'm the one sat next to the passenger who dons an eye mask and then falls into a deep sleep for the next nine hours whilst I'm lucky if I get half an hour uninterrupted shut-eye. If I had unlimited funds first class with the chance to lie down would definitely be the way forward. Here I am slumming it in my luxurious seat, but sadly the reality is that it was no more exotic than the former Virgin staff training suite that they have now donated as they've transferred all that side of the business up to Heathrow. One look at those terrifying orange seats [they're of their time let's say] though might still have put me off! 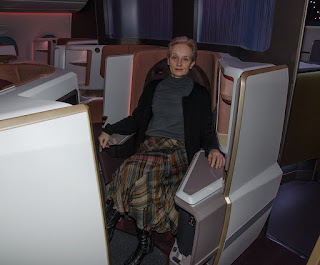 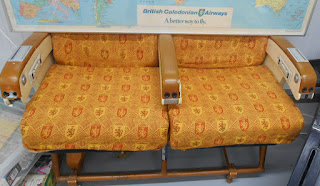 Well there you have it.....hope everyone has a great weekend. We're off dancing again.