There is a church on the outskirts of Horsham which is always known locally as The Doomsday Church. It's set against a woodland backdrop off a fairly isolated road with only a few houses nearby and is always locked. It's got no great age [Victorian I believe], but it's had a reputation for being haunted for as long as I can remember.  On the land behind is a plague pit where the bodies were burnt before being buried en mass and during WWII there was supposedly an Italian POW place nearby and one of the prisoners hung himself.

Despite its rather fearsome reputation the church is actually called St John's and I decided to pay it a return visit a few weeks ago as it's bang opposite the Sun Oak. 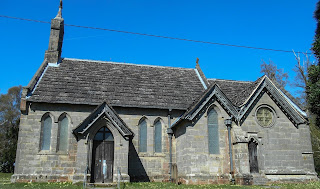 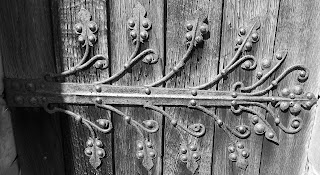 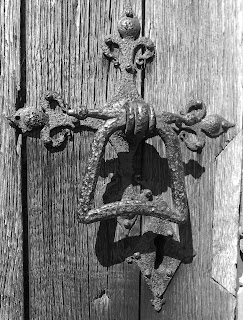 It's not much of a looker really, but it's not a place that I've ever detected any kind of atmosphere. I don't go looking for such things, but am quite open minded about the paranormal. However, this photo has had me scratching my head a little..... 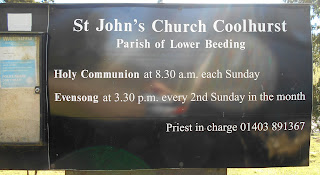 If you double click it to enlarge it there looks to be some grey fingers cosying up to my pink ones...I'm sure it's just a reflection yet I still can't work out what exactly it is I'm looking at. Hmm very slightly odd that one. If you're wondering, this is the place where the events dramatised for last week's episode of the Channel 4 series "True Horror" was based [although they used a different location for the filming]