Over at the Weald and Downland museum

Somehow, I know not how, here I am again just having performed at this year's treedressing event at the Weald and Downland museum. It comes round so bleeding fast! Anyway one obligatory Morris photo of a hoodening horse [it belongs to a Kent side called Rabble] which are used in the traditional mumming places from East Kent and then some of the sights I enjoyed before it was time for our first stand. 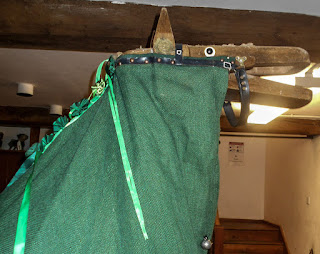 This very pleasing double octagonal building is a dairy from the Eastwick Park Estate in Surrey. It's almost chapel like inside with those shaped windows and whitewashed walls. It dates from 1807. 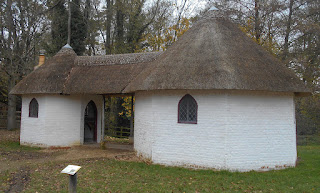 I'm afraid I've got no idea what this shed type building started out life as. It was the colours and the appearance of the split logs covering the walls which made me reach for the camera. 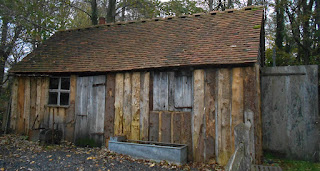 As you'll know from the occasional post I put up here [there's another on its way] that I love the challenge of a mystery object once in a while. Not wanting to blow my own trumpet or anything, but I was a bit chuffed to be able to guess every object they had out on the table bar this one. I guessed it was for sprinkling something, but that was as far as I got! 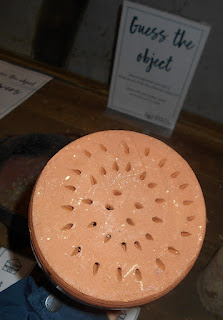 I have learnt something new today from the lovely volunteer on duty. You would have filled the vessel with water and then kept your thumb over the top of the small hole at the top. This would allow you to sprinkle water over the rushes strewn over the floor to keep them damp and keep the dust from the dried mud which got trodden in down. 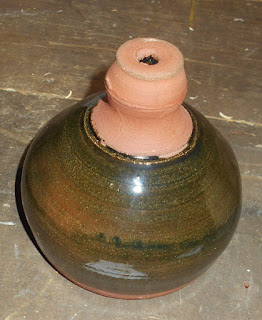 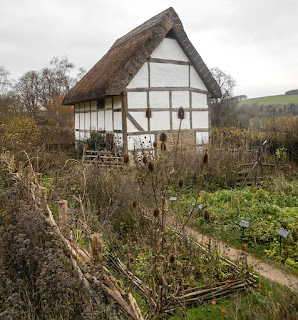 Another weird and wonderful thing which foxed me. This one was for pouring water onto your hands so that you could clean them before you sat down to eat. 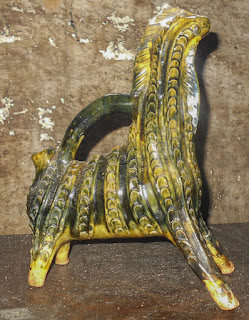 Now you know that I can't resist a gate if it's sporting a mighty fine pair of handmade hinges...but then my Mythago friend Dan showed me this and that was it....he very kindly demonstrated this clever piece of engineering to me. It's actually called a clapper stile and when not in use all those wedge shaped pieces of wood on the end of the fence railings slot together so that it looks like a normal stretch of fence. Just so clever how it's put together. It would be boring if we all liked the same thing wouldn't it! 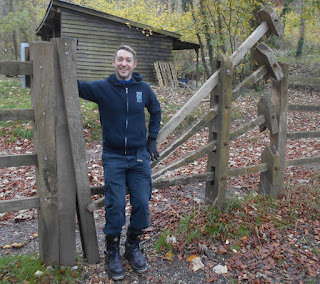