With an attack of cabin fever looming on Sunday I decided on the spur of the moment to head out to a local village [more of a junction really that everyone whizzes through to get to Brighton] just up the road called Cowfold. 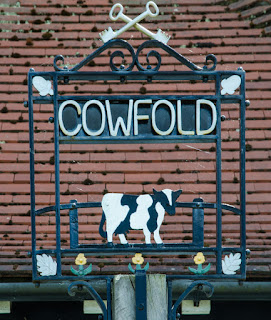 Having recently read that the local church houses the biggest brass  in Sussex dedicated to one Thomas Nelond [prior of Lewes 1420-29] and having, of course, not done my homework I rather naively assumed it would be up on the wall.  Nadda...not a trace. Beginning to think I had imagined the whole thing I noticed a long stretch of carpet padlocked down. Yes you've guessed it. Not surprising really as it's been knocking around a fair few hundred years it's suffered a fair amount of wear and tear from the sheer number of tootsies that have trundled across it over the centuries and is now protected. To save anyone from repeating my blunder it can be viewed by appointment. I meanwhile have had to content myself with an image of it instead. 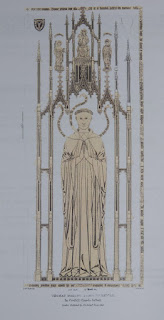 No matter. Several other little nuggets were gleaned which made the trip over more than worthwhile. 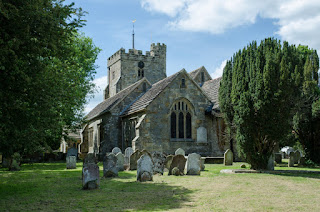 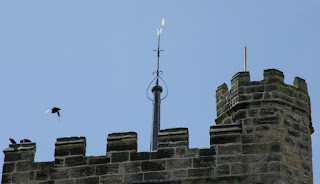 The churchyard has various examples of body stones- these were dummy gravestones intended to deter the body snatchers from going about their grisly business. No photos as they were obviously intended to be difficult to identify in amongst all the genuine ones!

The church has three lovely examples of lancet windows. The quarries [the individual geometric panes of glass] are at least from the beginning of the 14th century as yellow stain was not used prior to that date. 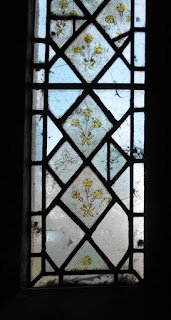 These two Cowfold fellows are making a sterling job of holding up the the stonework. Mr GBT saw them tucked away at the back behind a screen. Closer inspection reveals they're different with their arms pointing in up and down. 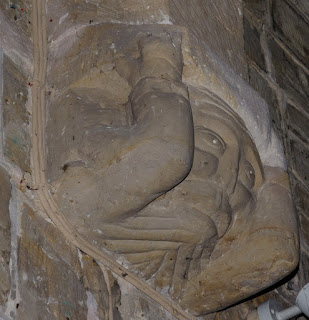 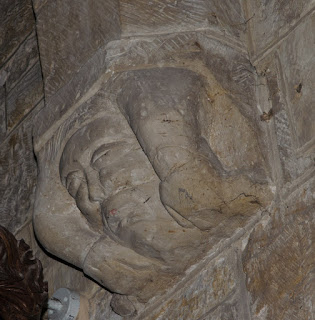 In a previous post here http://gnatbottomedtowers.blogspot.co.uk/2014/01/wassailing-sussex-style.html I first made mention of the importance of folklore relating to bees in Sussex. If you didn't share your tidings good or otherwise, known as "telling it to the bees", all sorts of misfortune may befall you. I was tickled to read the following story along the same lines which was framed on one of the window ledges.

When a death occurred the etiquette was that you tapped on the wooden hive to inform them otherwise the bees would disappear permanently. For many years the Rectory had persistently been invaded by bees and all attempts to remove them had failed. However, the sudden death of the Archdeacon after a very short illness caused them to buzz off. They had not been told!

So what started out as a bit of a potential harrumph trip actually provided me with lovely little stories and images to come home with.