Live To Ride Ride To Live.

The strange twilight world of Morris dancing takes me to places I'd never visit in my normal everyday life. This time it was bikes. I don't have the faintest interest in motorbikes and have never felt the urge to ride one. However, what I can appreciate is the beauty of the machines I saw at the gig we attended on Saturday. You will notice that in some of the shots Mr GBT has gone all arty farty with the effects he's used to tart up the original photos! 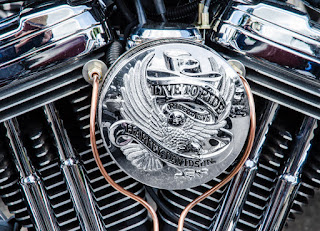 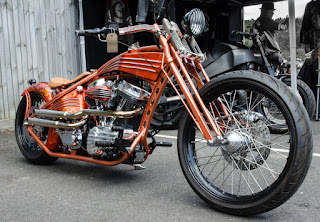 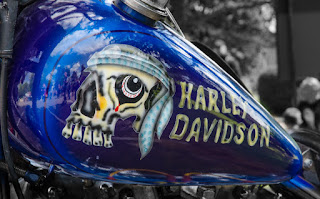 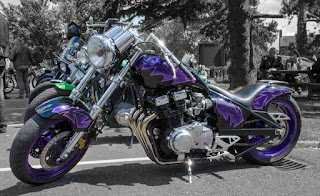 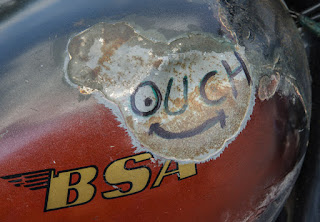 These are called Rat Bikes....no idea why but basically they're road worthy bikes built from bits of old bikes. Maybe the equivalent of the old souped up Cortinas that used to be driven by spotty 17 year old yoofs with the music blaring when I was a nipper. If you look carefully at the black one you will see it has an interesting alternative saddle...I most definitely would not be riding pillion on that particular one! 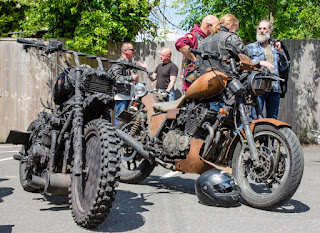 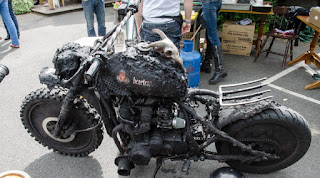 This one was the star for me. The strange weapon shaped bit near the handlebars is the fuel tank. 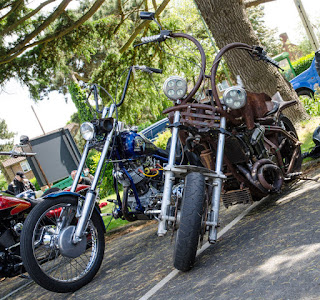 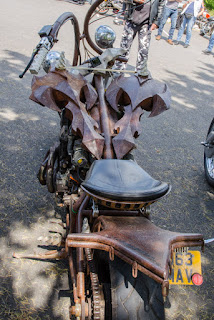 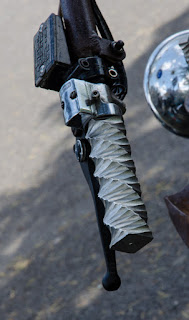 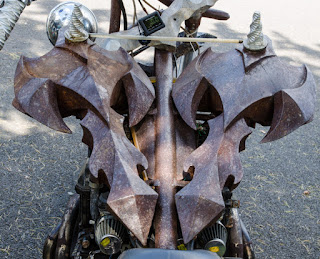 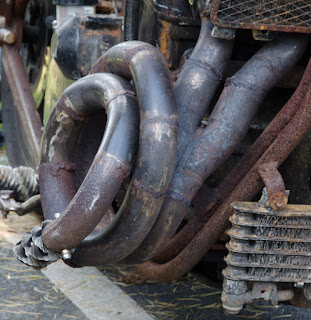 You would imagine that it would have some macho name...erm no.....

it's called the Twizzlesaurus. Bless!