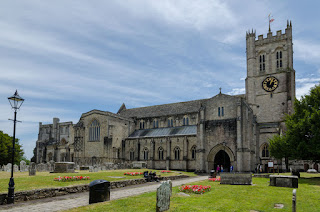 Christchurch Priory is not as well known as it should be for a place of its size and magnificence. Perhaps people bypass it because they don't want to get caught up in the Bournemouth traffic. We dropped in to break our journey a few weeks ago and were delighted by what we found. Here are some of its tales. 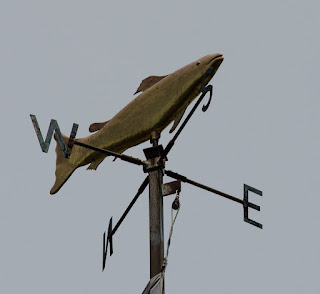 The cockerel weathervane is much more commonly seen on churches. This gilded salmon records the tradition that the first salmon of the season was always given to the prior. 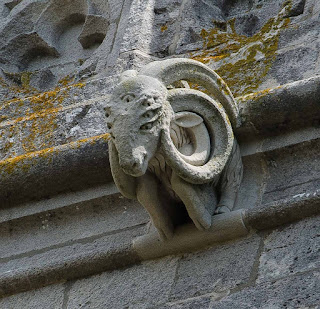 This seven eyed "Goat" high up on the tower might have been quite the weirdest thing I've ever seen [and as you know I've seen some pretty out there stuff in my time]. Since I've returned home I've discovered that it's a ram and it represents the seven spirits of God which is spoken about in Revelations. 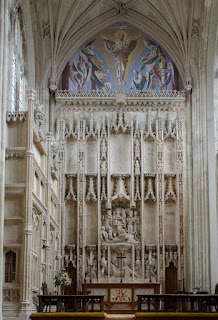 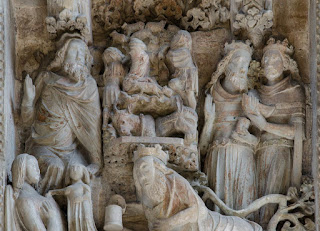 To see a medieval stone altar piece in this country is all its glory, rather than being smashed to smithereens is highly unusual. The donkey in the background looks particularly smiley! 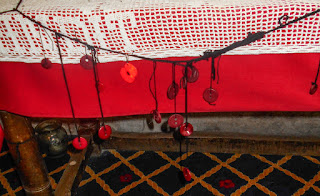 During the Christmas truce in December 1914 both sides exchanged buttons as gifts. The chain of buttons marks this event in the Chapel of Remembrance. 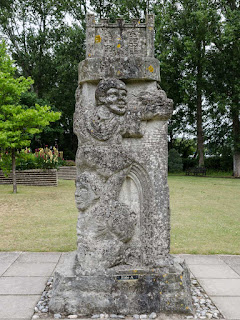 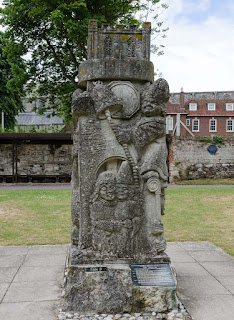 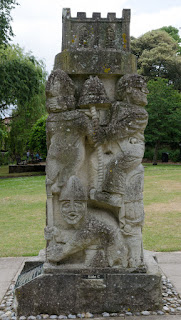 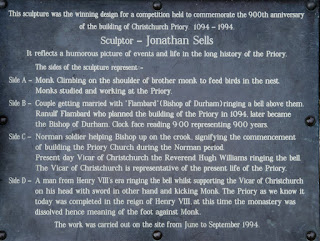 This amusing sculpture is the work of Jonathan Sells and marked the 900th anniversary of the priory in 1994. Info board included as it explains all four sides and saves me from typing all of it out. 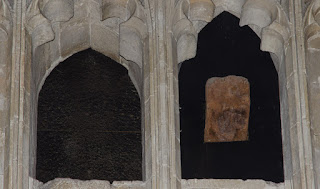 Ah yes now the tale of the Miraculous Beam [note the important capitalisation I've used [only a small block is left now]. At some point in the history of the building of the church [or so the story goes] the carpenters failed to measure twice and cut once. This error led to there being a beam being too short and the embarrassed chippies having to explain to their boss that they'd wasted an expensive piece of wood. Cue one mysterious carpenter turning up unexpectedly who doesn't interact with the others. The next day said chap has disappeared, but that dratted beam now fits perfectly...no prizes for guessing who he might have been!

As for this motley lot of images that I'm finishing with...I'll leave you to make your own tales up! 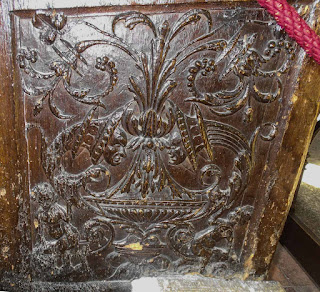 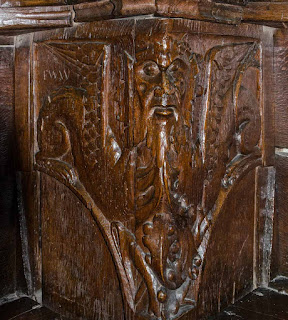 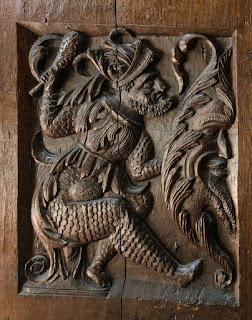