Now before I go any further let's just say I don't make a habit of rolling back carpets in churches, but on this occasion I made an exception. The information about the church in the West Sussex village of Thakeham spoke about there being an interesting brass near the squint and this was the only remaining place I could think of to look! Was it worth tracking down you might well ask? It's rather diminutive and the style is somewhat lacking compared to other examples it could be argued. 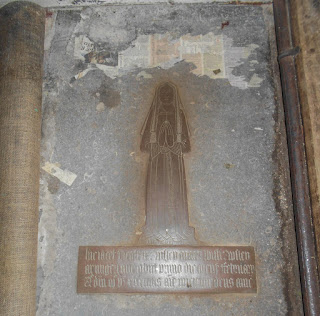 What I didn't know at the time is this lady is a direct link back to Katherine of Aragon and her story throws an interesting spotlight on this period of history. Tudor Queens even in their most private moments were surrounded by a retinue of trusted women. Top of the hierarchy were the ladies in waiting who were married to influential members of the court. Katherine had eight in her service and thirty maids of honour who were the next rung down.

This lady is Beatrice Sydney [d1515] who was one of the maids of honour. They were young girls aged 16 who came from good backgrounds [Beatrice lived in Thakeham Palace] and there was fierce competition for these positions. They were girls of good morals who were expected to be beautiful and accomplished in such arts as needlework. It was hoped that their exposure would attract a spouse and a successful marriage. I can't help but think this is a Tudor version of the debutantes doing the season. For Beatrice things went according to plan and she married Richard Apsley Esq. Her eldest son William is shown in late medieval armour and his rather grandiose tomb stands next to the altar. A small point of interest for any geeks like me is that the black outline is done in pitch and is a decorative technique only found in Sussex. 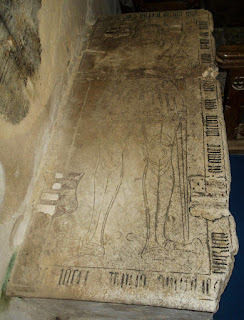 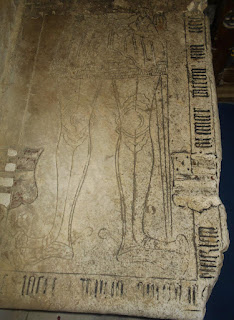 Sadly for Katherine not all her maids of honour followed the expected code of conduct. One named Anne Boleyn caught her husband's eye and the rest is history as we say! 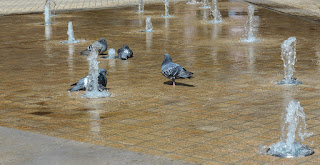