A Flit Around St Margaret's

Poor old St Margaret of Antioch led a life of trials and tribulations. Firstly she was snaffled up by Satan masquerading as a dragon and then upon her escape she lost her head. Fortunately, all this can now be commemorated by the church of her name in West Hoathly. Mind you this is a relatively recent thing as the dedication only came to light in 1935 after a member of the Sussex Archaeological Society ferreted around and brought forth a 13th century document which confirmed it. I guess late to the party is better than not arriving at all!

Our quick gallop round produced a few lovelies....fasten your seatbelts...here we go! 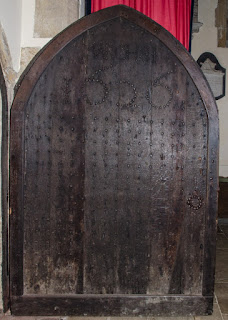 Church door with the date picked out in nails. 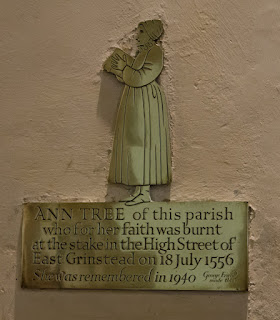 Memorial to Ann Tree, Protestant martyr burnt at the stake. 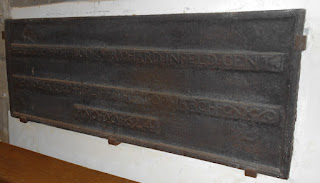 Cast iron grave slab with the details engraved straight onto the metal. 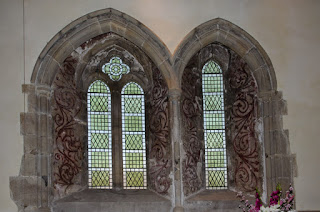 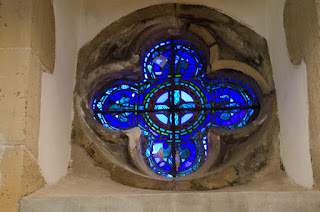 And this quatrefoil because the blue was just glorious and stood out as being very different to other examples I've seen elsewhere.

Told you it was brief!!