OK I'll admit it...Mr GBT and I are technological dinosaurs but, just occasionally,  and after deliberation, we spend some of our hard earned groats on a modern thing which will make our lives a little easier.

For years we navigated in the car using a good old atlas [we always keep one spare as a backup], but with the purchase of two cheap smart phones we decided to trial a freebie navigation app which you could stand on your dashboard and use much like a sat nav. For several months this worked a treat and Bossy Bertha and we shared a good rapport. She sounded rather like Penelope Keith and had a tendency to get rather huffy if we went wrong...we were crisply put back in our boxes with a sharp and slightly accusingly "recalculating the route". Over time though she has frankly become a bit of a Slack Alice [I suspect she's acquired a rather alarming Bombay Sapphire habit] and on a few occasions she has sulkily refused to co-operate. We finally decided to sack her when she brought us onto a private road and confidently directed us down a public footpath...bit tricky when you're in a car I find! 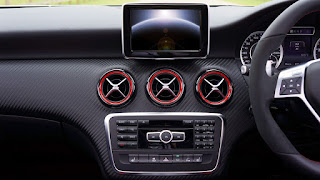 Negotiations and deals tracked down, we are now the proud owners of a Tom Tom. This time it's an Aussie chap who sounds wonderfully like the comedian Adam Hills. Confidently he assures us which lane to be in, where to turn off and oops, if we exceed the speed limit, he triumphantly bashes out a little tune on his xylophone so that everyone in the car knows of your misdemeanour. When we arrives he announces "You have reached your final destination. Windows up, grab your sunnies and don't let the seagulls steal your chips!" At the present moment in time I am slightly in love with him, but in the depths of January this cheeriness may wear thin I appreciate. He promises me that he can plan many types of different routes for me including a Thrill Route....I have high hopes for this one, although he has not as yet clarified what type of thrills one might expect. My overactive imagination is working at fever pitch. If I take the plunge then I'll report back ;-)