Mr Fuller...are you completely off your folly?

Mr John Fuller [1757-1834] or Honest John as he liked to be known. A Sussex man of means, an erstwhile MP and a philanthropic soul who stumped up for the first life boat in Eastbourne, provided work for the local community and was a patron of the Arts and Sciences [he sponsored Michael Faraday].

All that makes the Squire of Brightling sound like Captain Sensible.....erm except he often wasn't and he is most well known in this county for his mad cap folly building, examples of which are dotted around his stomping ground.

This one is quite tame for starters.....the Brightling Needle. Built for no good reason save he could so he did.

The sugarloaf. This was built as a result of a drunken wager [Mr Fuller was very fond of the grog] as he bet that he could see the spire of St Giles in Dallington from his house. The legend goes that when he awoke in the morning he found this to not be true so had this spire put up quickly so he didn't lose. The door halfway up relates to when the folly was occupied during the 1930s and had an upper floor put it. If you look carefully you might just spot some Old Bird wearing her '50' birthday badge. Can't think who she is, but she bleeding well turns up all over the place! 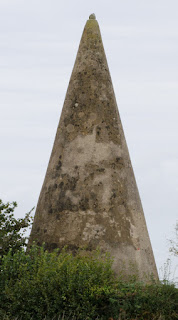 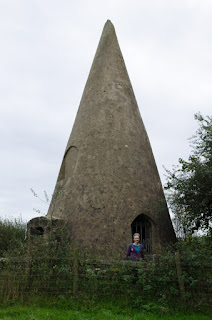 This is the village church...looks like it would be out of place on the set of The Vicar of Dibley. 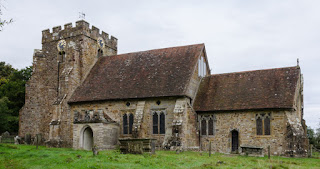 Except for this final piece of Mr Fuller's handiwork. One socking great pyramidal mausoleum built 23 years before he shuffled off this mortal coil. Once again the rumour mill went into overdrive as it was claimed that he had been interred sitting down fully dressed with his top hat on and a chicken and bottle of claret laid out on the table before him. Sadly the truth is much more mundane for he's buried conventionally. 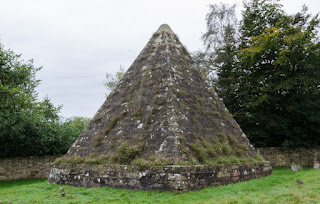 Now perhaps you are beginning to get a sense of why we call our great Sussex Eccentric Mad Jack Fuller! As for me...having hunted down greenmen in Rotherfield this was how I chose to spend the remainder of my birthday. The Sussex streak of eccentricity is alive and well it would appear!