Following on from my struggles with my 40 count needlework kit last week I was asked in the comments if I could share a few photos of my dollshouse.  At the moment everything is everywhere as Mr GBT plunders it for the furniture he's made me which we display on our stand at the shows we do...it gets unceremoniously plonked back in until the next time and then I sort it all out again over the summer, but purely by chance I snapped a photo of the outside of it last week for a FB thingy I was doing. 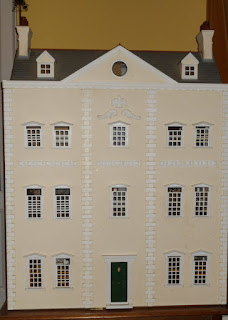 Mr GBT made it for me in 1994 and it's still nowhere near finished. Back then it was a different world pre TYM and both of us working in very different fields to what we do now post redundancy. As he's now a maker it's a bit like a busman's holiday if I ask him to do anything on it too often, but we have finished the bedroom since this older post was written https://gnatbottomedtowers.blogspot.co.uk/2013/09/my-little-world.html?q=dollshouse
This is a common scenario I come up against again and again within the miniatures world!

As I haven't got anywhere near to actually physically removing anything from my house I'm being very lazy and with Mr GBT's full permission I'm sharing some of his pictures of the stuff he's made me. I'm a lucky devil as I choose what I would like specifically for me and then he makes the first one for me before we launch any new pieces at the shows. 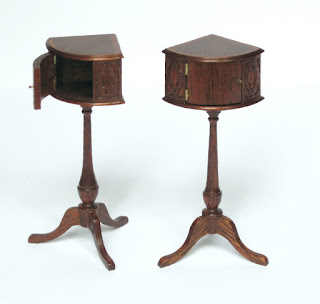 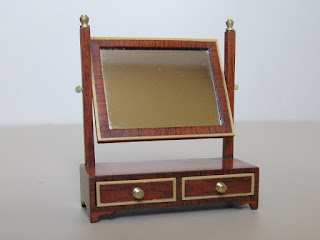 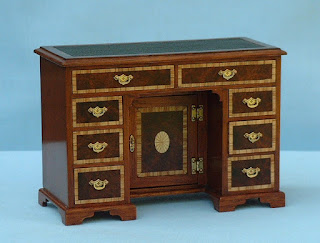 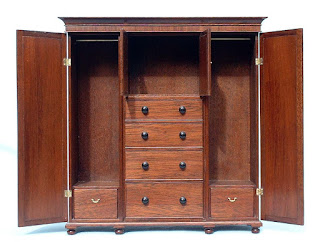 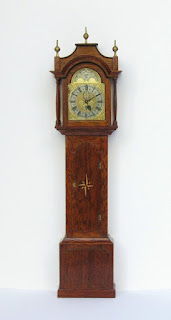 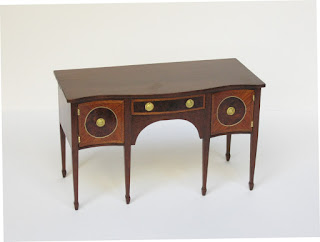 I love them all, but this one remains my favourite as it was made specially for my 50th birthday last year. 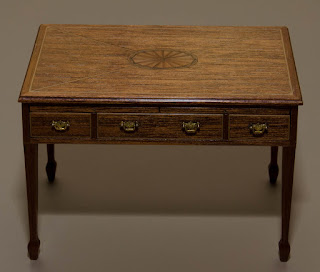 Hope you've enjoyed the little peek behind the doors!