Hope everyone has had a good break...have only had time to dash in and out of Blogland, so am behind with all the shenanigans. We have feasted and been a little merry....but the latter is soon to stop as, being a pair of rather foolhardy souls, we have signed up to do dry January. TYM is vice captain of his uni athletics club and they're doing it for charity. It seemed like a good idea after a couple of cheeky glasses of red....no matter I have a bottle of non alcoholic ginger wine which I love so that will fill in any gaps or temptation. It makes me sound like an old soak, but I am a moderate imbiber really.

Humphrey has had his usual traumatic time of it. He loathes the disruption and people coming and going. Seeing packed cases on Christmas day [we spent the night with my parents] he headed for the hills as in his head it means only one thing...the dreaded V.E.T. He had also not taken kindly to the tinsel cummerbund TYM has decorated him with....the shame, the shame. TYM was definitely off his Christmas list for a while! 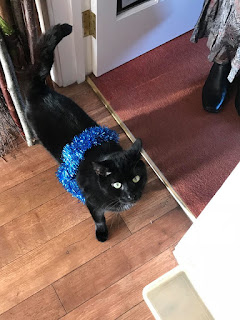 Ah well as we move forwards how about a spot of silly humour to end on.... 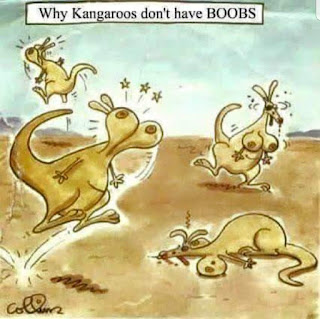