Firstly my apologies for the lack of posts over the last couple of days. I switched the computer on at the weekend only for it to literally go bang. I hollered with surprise and then Mr GBT rushed in to investigate. When he tried turning it on again we had sparks coming out of the back and the power supply had died. Thankfully there's an excellent local man who can and it's been repaired now which is good news. A couple of days of screen free time has seen me be quite productive so no time has been wasted.

Lately I've been inundated with the voluntary recycling I do, to the point where sometimes I have felt a bit overwhelmed. However, I've done the sensible thing and spoken up so the call went out and tomorrow we're having a meeting with a potential new volunteer. It always surprises me how people choose to freestyle what they put in the bins sometimes. There's a very clear list, but some seem to think that it doesn't apply to them and pop in whatever they feel like. This rather lovely red stone heart was in with the plastic milk bottle lids, so I have done the decent thing and rescued it. 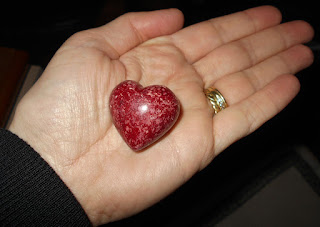 Having given it a wipe over, it's now been found a spot here at GBT. 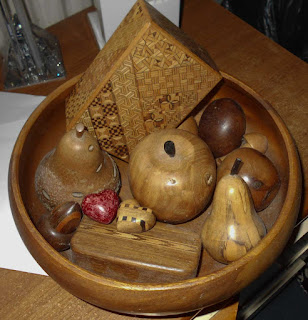 I guess it's what you could literally call a "rubbish gift"!