I do my best not to double up post material on my blog, but inevitably I make return visits to fairly local places from time to time. 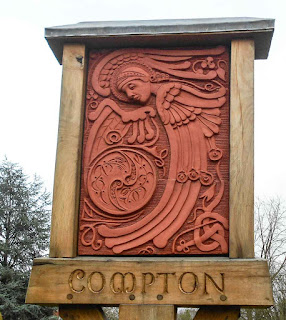 You will see from this old post http://gnatbottomedtowers.blogspot.com/2014/11/hidden-surrey-gem.html that I took my friend Arty L to see the Watts Memorial Chapel. She's a huge Arts and Crafts fan and her positive reaction was priceless, so buoyed by my success I decided to repeat the exercise with another friend E. She'd seen photos of it, but nothing prepares you for the sheer beauty of the workmanship and the depth of colour. I just smiled to myself slightly smugly as I watched her gape in awe as we crossed the threshold. To say she was entranced is somewhat of an understatement....her comment was that she knew it would be good, but she didn't anticipate being quite so blown away. I am resisting the temptation to put up another tonne of similar photos, so I shall just restrict myself to this taster one. It's free entry [unlike the Watts Art Gallery]. 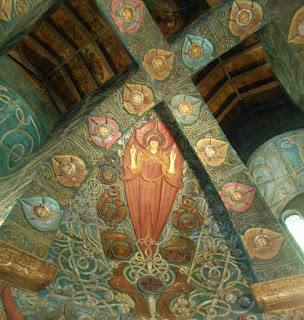 Compton is a rather scrumptious place, but one [including us] whizzes through to get onto the Hogsback running above Guildford. We decided to extend our time there to include taking a little turn around the village to see what was what.

These rather fabulous paint brush speed signs are on the road leading up the gallery and artisan shops which are now built within the pottery studio that G F Watts shared with his wife Mary. It would have been rude not to have patronised the on site cafe...I had to take separate photos of the menu board in between the table in front being cleared. 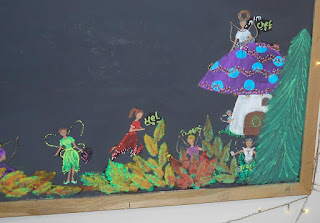 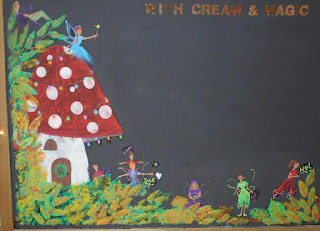 Fortified by a whacking great slice of cake [orange curd and beetroot sponge in case you're curious] we were ready to explore..... 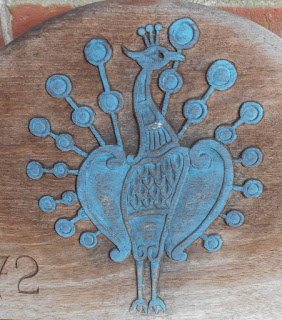 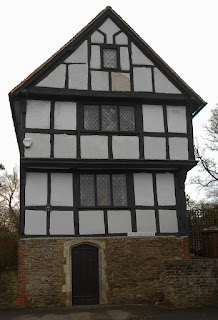 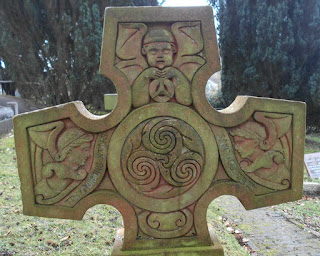 This spot was E's. At a quick glance it looks like some sort of white fungus growing on the tree. A second glance reveals it to be a rather unsettling human face. 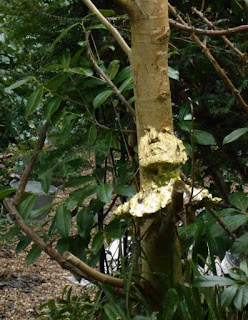 This is a reconstruction on the original site outside the church of a 12th century anchorite's cell. They would have remained permanently confined in this tiny space facing the altar in perpetual prayer with only a small gap through which food would be passed to them. Upon death they were buried beneath the cell. 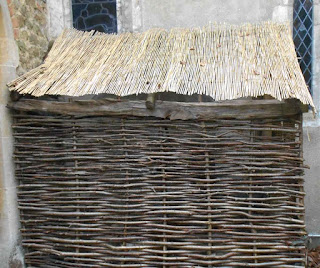 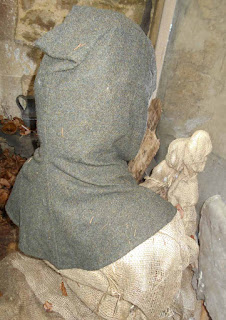 St Nicholas's church itself is ancient and surprisingly untampered with by those pesky improvement mad Victorians. It has a unique double sanctuary [the woodwork balustrade above is the original Norman one] and is a joy for its 13th century graffiti. We have two very crude knights and a series of interlocking circles to keep them pesky evil spirits at bay! 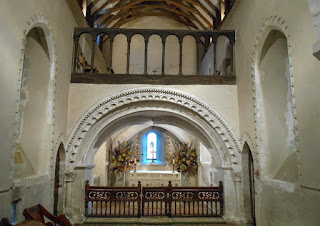 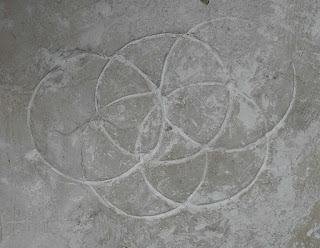 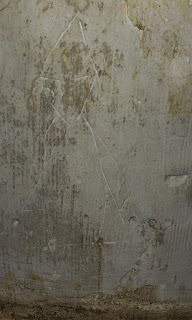 It's just one of those places which seems to have got the balance right between being incredibly elegant, but not taking itself too seriously with the decorated phone box I showed earlier in the week!