That vehicle you can just glimpse in the background is a 1974 milk float that has been transformed by a team of people into an eco inspiration station during the past few months when we've all been in lockdown. This is Sussex Green Living's latest venture and, having recently received a grant, it will be taken round lots of local events and manned by different SGL volunteers who will be there to try and inspire people and answer their questions.
It was another "madcap scheme" [her words not mine!] by the founder of SGL [that's her with the clipboard just having finished her speech] Carrie and to her amazement lots of people came forward and threw their weight behind it. I haven't been involved in this particular project as am already busy  being part of the Wombles team [am helping out every couple of weeks and having a ball along with all the stuff I sort at home in my garage] and will be back in the Repair Cafe when it restarts in July [fingers crossed]. However, I did pop up for a couple of hours to help out with the cleaning refills and talk about our recycling schemes we run on our official launch last Saturday. Despite the frequent showers we had lots of interested folk come up and talk to us and it was amazing to be part of the first actual event [as opposed to the Zoom sessions] that we've been able to hold for 14 months. It felt good to get back in the swing of things. I thought you might like to see a few photos of the float itself. 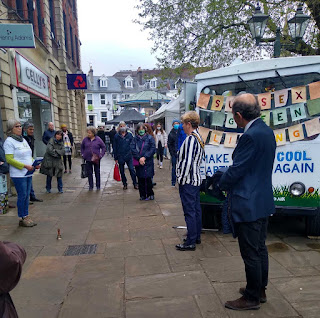 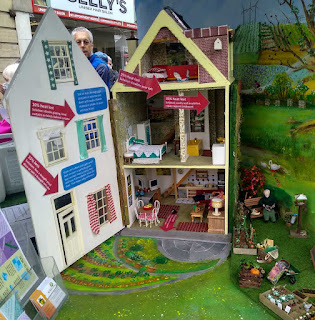 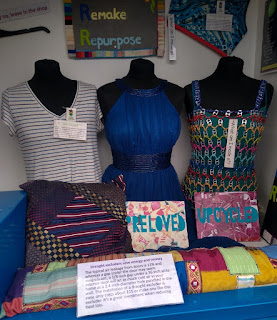 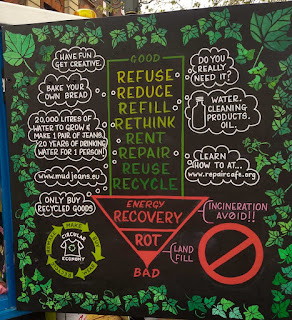 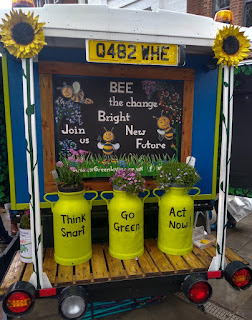 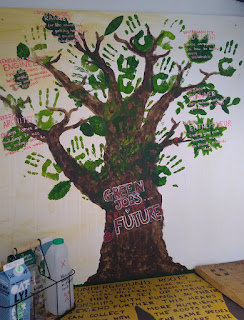 They have done a truly grand job of converting it. Despite all the bad news the mainstream media feed us and the difficult conditions we have all been facing there are still lots of inspiring individuals and groups working to bring about positive and permanent change.
Arilx
at May 19, 2021