As calm as a millpond.

I think the phrase "as calm as a millpond" would have not been far out for describing the millpond at our local nature reserve on Sunday. From 1247 there has been a water wheel [to power a grist mill], a cornmill and a blast furnace mill for the iron industry on this site at different times. The photo below shows some of the iron stones that have recently been found during recent renovations. 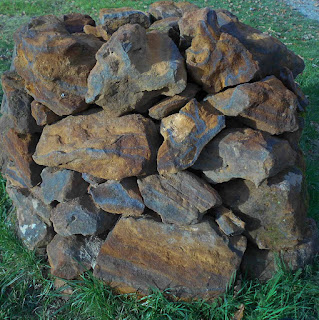 This 92 acre mixed habitat site was bought by the council for the public back in 1987 and reopened in its present form as a reserve in 2006. Even though it's so close to home I haven't been here for over a year and it's undergone quite a transformation during this time. Nothing is ever static here and I enjoy visiting for exactly that reason.
This is the newly opened discovery hub. The view of the millpond was taken through the huge glass viewing panels they've got facing out over it. On such a cold day it was a real treat to be able to watch the cormorants drying off inside instead of sitting there shivering in the bird hide! 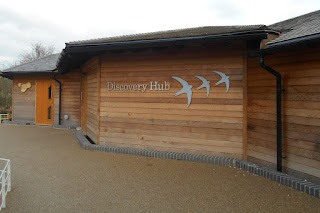 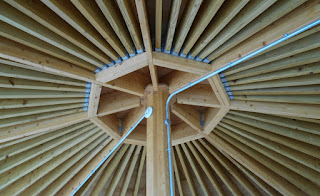 The newly created Shelley garden only has the bare bones of its structure to look at for now. Later down the line it will become a wildlife haven for pollinators. All that green is wild turf which apparently consists of native single flower varieties...for reasons I know not they're better at attracting winged critters than double flowers. It's been named in honour of Percy Bysshe Shelley who was a local lad and supposedly learnt to sail on the millpond. 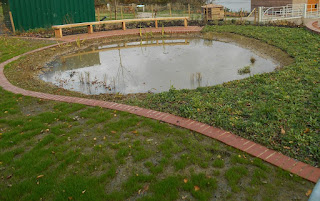 Another of these fabulous bug hotels even if this one is on a much grander scale than the one we have have here at GBT! They've even recycled the old wooden signs that used to be up before the refurb! 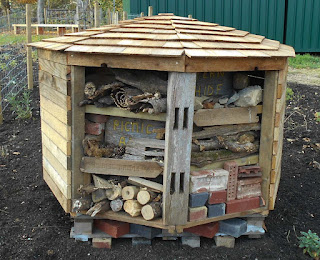