Due to some swine breaking the weather on Saturday and it being decidedly wet, the outdoor mini adventure plans were put swiftly on hold....after a bit of head scratching I think I managed to come up with a pretty good plan B.... thrifty yet interesting indoor things to do in January is always a bit of a challenge! 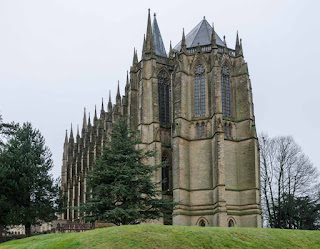 This is Lancing College chapel which stands proud on top of the South Downs....this time though it emerged out of the fog like a stately galleon as we approached. It was finished in 1868 and is massive at 90' high....if you squint at the picture below you can just see me bundled up which gives you an idea of the scale. 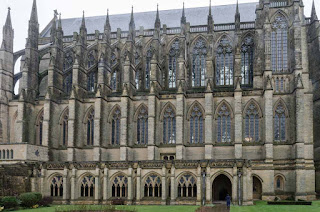 At the time of planning the architects were advised that the site was totally unsuitable for a building of this proportions....the ground is soft, but they went ahead anyway and had to go down 75' for the foundations before they hit bedrock. On the way down they had to remove a lot of chalk which has been used inside for the ceiling. This, along with the plain glass windows and the salvaged Portland stone floor [rescued from a ship which had sunk with its cargo intact], makes the chapel interior bright and airy even in such gloomy conditions.

Views facing both ways along the aisle. 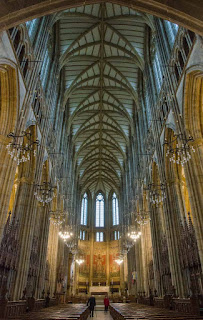 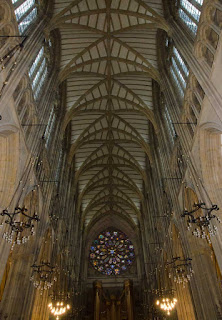 Ceiling in the foyer. 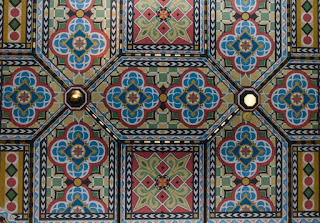 It will come as no surprise to regular readers of my witterings that I never just visit a church unless I've got another target on my agenda....there are the most wonderful carved stalls which originally came from Eton College chapel in 1923. Looking at the quirky creatures and greenmen I thought perhaps they were older....it came as a pleasant surprise to find that in fact they're Victorian and were designed by Sir Gilbert Scott in 1851. Not the usual straight laced sensible affair I would expect from this era. 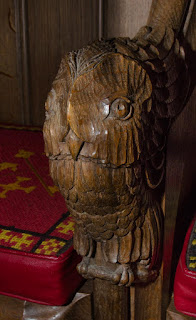 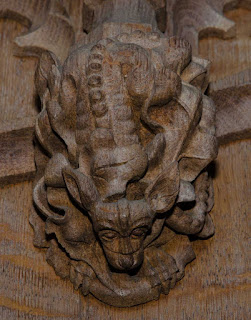 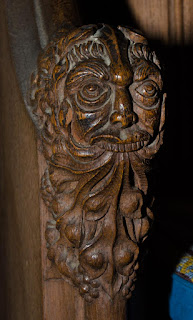 This dragon must be very dinky judging by the fact he's not much bigger than his hoard of acorns! 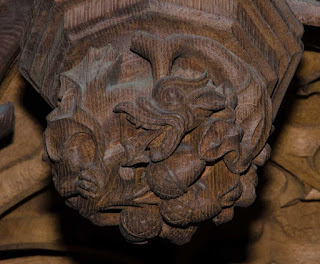 There were many more to amuse me, but these two were my favourite.....each one the size of a coat button, their cheeky countenances proved hard to resist! 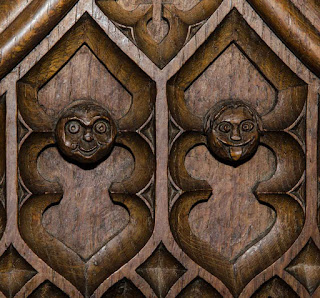 There is no entry charge.