At last it seems Spring has decided to put in an appearance albeit fashionably late. Seeing as the weather forecast had been threatening sunshine rather than shunshine for once and positively balmy [or should that read barmy!] temperatures I invited my chum E along to look for fairy doors in the local park.

Yes you read that right....a local social media group giving me even more madcap ideas [as if she didn't have enough of her own I hear you sigh] has got a lot to answer for! I have to say we were singularly unlucky in our quest and decided that had we still had four year old children rather than late teens/early twenties we would have probably been more successful. No matter though....it was also about catching up after E has had an enforced period of rest for several weeks. She's a whizz on her trees and I always come away having learnt something new. There was a lot of very gentle pootling and a great deal more energetic chattering!

All of a sudden everything is bursting forth with new buds on the trees and budding flowers. The first photo is of a Wedding Tier tree [a new one on me ] and the yellow "cowslips" somehow didn't look quite right to me based on previous ones I've seen. I checked with People Who Know and they are indeed False Oxlips which are a hybrid cross between primroses and cowslips. 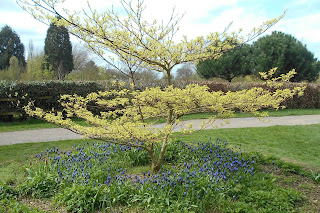 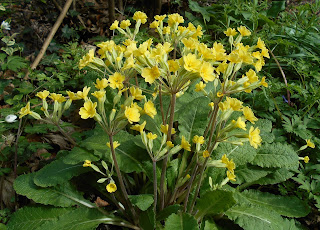 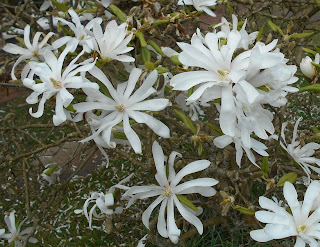 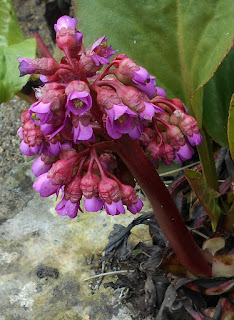 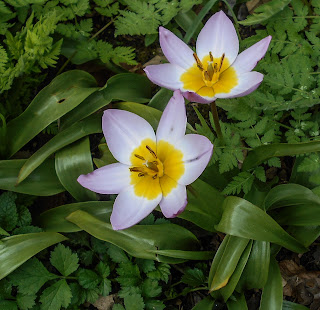 This very old oak looks like a moose on one side and now I know that the London Plane has a distinctive camouflage trunk I now find that not only are they in the park, but also growing along the road where I live. Typical! 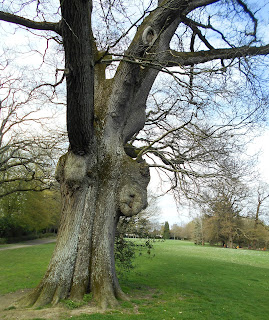 Part of the enjoyment of these fuss free trips with E [aside from the promise of the delights of the cafe] is simply observing and nattering over our shared experience be that a sighting of a tufted duck, a moving memorial to a loved one on a bench or stroking the dragon in the middle of the maze. 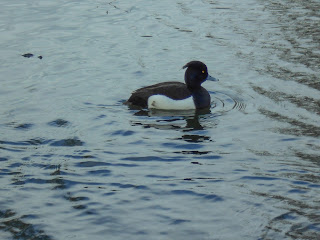 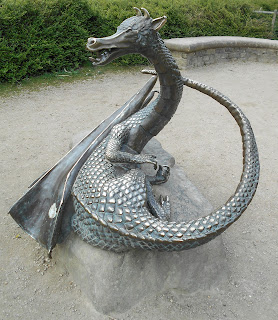 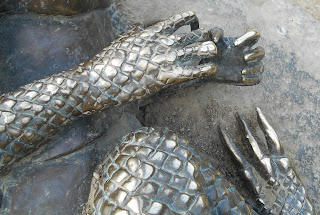 Thankfully there are plenty of secluded spots in which to simply sit and watch the world go by. 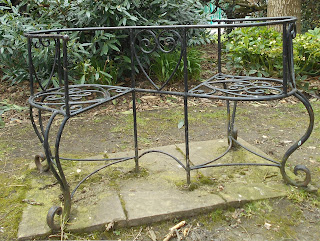 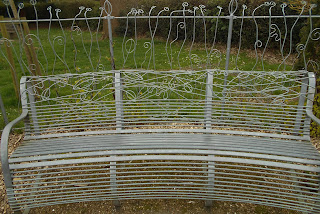 On the way out I noticed this lovely little vista of the wild violets growing on the top of the park wall. The perfect end to a lovely afternoon. 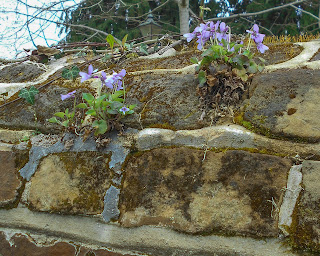 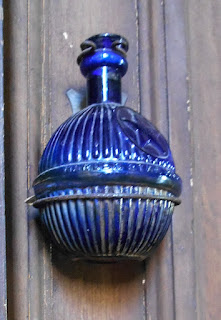