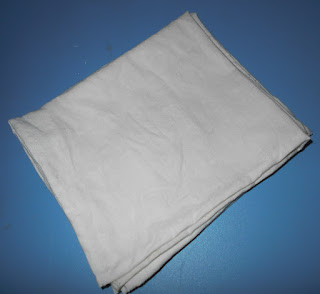 Now I know that this might not count as the most thrilling "make" on the planet, but it's what I did with a worn out old pillow case [the back was ok]. I've done this several times over the last few years and it's kept Mr GBT stocked up with handkerchiefs whilst reducing my waste.

A hanky worn on in the top pocket of a suit jacket is known as a pocket square.

At one time hankies were considered so valuable that they were listed in dowries and wills.

There is a tradition of hankies being used as part of folk dances in many countries. Our Cotswold Morris Dancers being a case in point.

At one point the size of your hanky reflected your wealth. Louis XIV issued a decree in 1785 stipulating that nobody was permitted to exceed the size of his own collection.

In the Middle Ages Knights tied hankies given to them by ladies to their helmets for good luck.

To complete the post....a hanky tree which I discovered on a walk a few years ago. 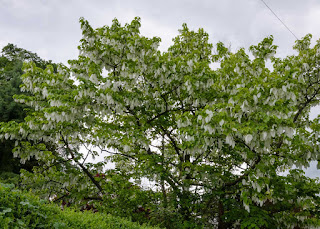