How about a spot of industrial history for a change? In all honesty I'm going back to last year for this one because for reasons unknown I missed it out. Better late than never eh!

Nowadays the site of the Chilworth Gunpowder Mills is just a series of ruins within a beautiful woodland setting which people can freely wander around following the different trails. It's a popular spot with the local dogwalkers. Originally though it was the only gunpowder manufacturer legally licensed to make for the King when it was set up in 1626 by the East India Company. The choice of setting was ideal because the many alder trees were perfect for charcoal making and the raw materials needed could be brought in by barge up the river that flows nearby.

The Mills saw a series of owners during its 300 years  and the introduction of steam power in the mid 19th century allowed for a significant expansion and the large ruins you see in the first two photos date from that period. Over time it extended its production to include different types of powder for both warfare and domestic activities [sporting] and was one of the suppliers of cordite to meet the demand that was created by WWI. Ultimately this was also its downfall as the ending of hostilities in 1918 saw a surplus of factories making the same things and it closed in 1920. 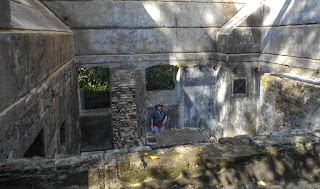 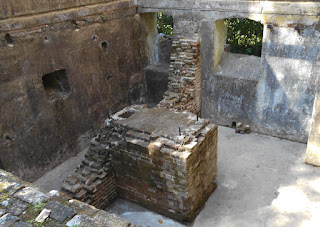 This is the lodge where all the employees had to clock on and be checked to ensure that no one was carrying anything that could potentially start a fire eg matches. Safety was of paramount importance and several measures were taken to try and mitigate this threat. The old millwheels were stood on their ends and then covered in earth as a means of providing some protection against accidental explosions. Despite this it was a hugely dangerous business and lives were lost. In 1901 six men were killed in one such explosion caused by a single spark from a hob nail boot. 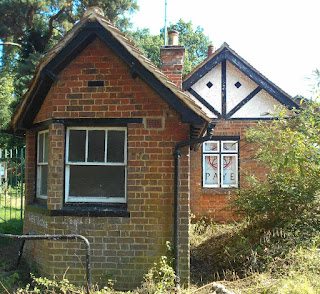 Thankfully nowadays it is a lovely tranquil place to visit reclaimed by nature. 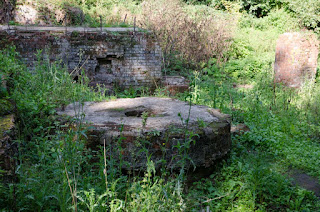 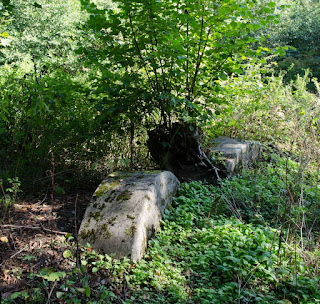 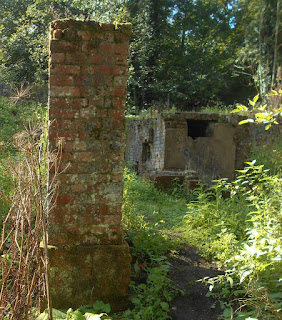 We have been back since to show friends.