Having made the decision that I wanted to do something different, but local and not too time consuming, budget friendly and manageable people numbers I cast around for suitable options on Monday. Within seconds my eyes alighted on the National Gardens Scheme catalogue I'd picked up a few weeks ago [can't even remember where I saw it] and a quick flick through soon told me that we were in luck and an event was on just a short drive away.
I suspect this garden is usually a mass of perennial flowers at this time of year, but upon arrival the owner explained that everything is about two weeks behind and still very much at the budding stage. That might seem like a bit of a disappointment, but had it not been for that we'd have missed some other delights that should have finished. Every cloud has a silver lining....
The house is a former farm, but still has some livestock. Afraid that the grumpy geese definitely weren't interested in doing a meet and greet! Knowing their fearsome reputation I gave them a wide berth.... what I did welcome though was the sight of tulips. The incredible pink and lime green ones are called Virichic and I so nearly missed them because I thought that they were old ones that had gone over. Thank goodness Mr GBT went back for a second look. I've certainly never seen the like of them before. 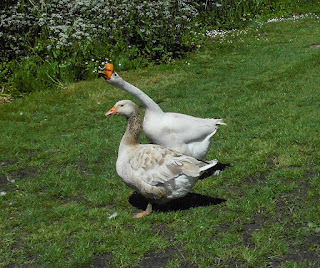 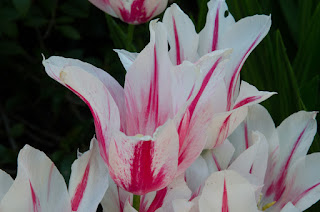 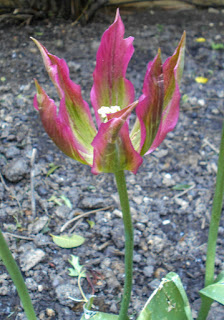 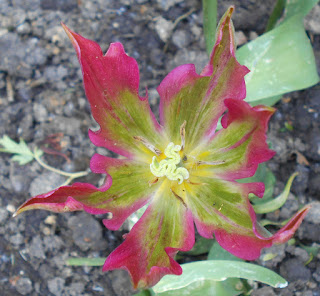 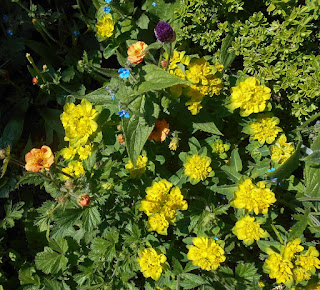 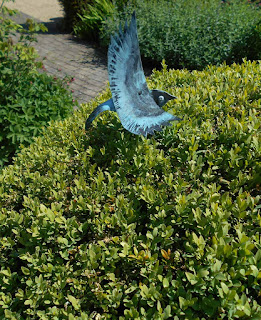 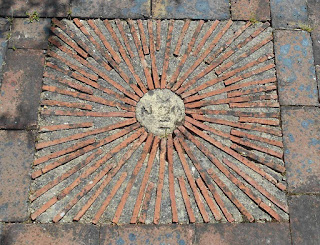 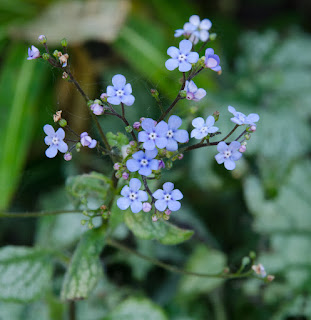 One of the things I really did like was the way this particular garden had made space for nature. There were lots of plantings designed to attract insects and areas of grass left unmown were full of wild floers and thronging with winged critters. It's always a joy for me to see a hawthorn tree in full bloom. I knew that it was considered unlucky to bring the May flowers into your home because they smelt of death. I guess at that time people were much more acquainted with it as many would have laid out corpses . It's only recently though that I have become aware that this went beyond superstition. The flowers contain a chemical called trimethylamine which is indeed present in decaying animal flesh....so now you know! 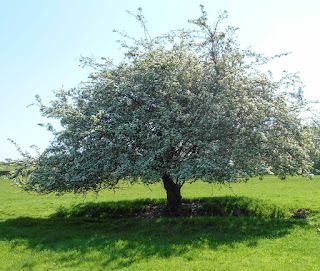 One visit five miles away taking one hour at a reasonable cost and there was homemade cake. What's not to like! It's been absolutely years since we've visited any of the NGS open gardens, but what a pleasure and the perfect excuse for a stickybeak like me to be able to snout round legitimately in places where I'd never normally be allowed. We did of course do that terribly English thing and bring another plant home with us....another heuchera to add to the collection.
Arilx
at June 02, 2021