Put the kettle on!

I'm offering up a general chit-chat sort of post...one of those which gently meanders from one thing to another. Tuesday morning is usually the one slot I am work free and I often use it to catch up. Last week I needed a much overdue trip into town so with list in hand I gadded about as quickly as possible with my mind on other things. All of a sudden I was aware that I was worrying away and not paying any attention to what was going on around me. I took my phone out and challenged myself to find some thing of colour and something to amuse me on what was a beautiful sunny day with clear blue skies overhead. Five minutes later I had calmed right down..... 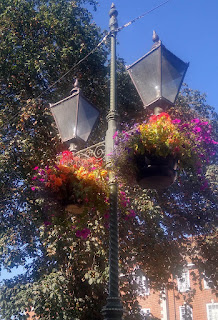 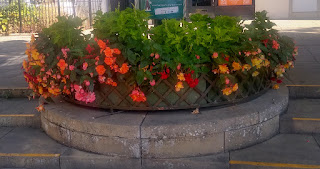 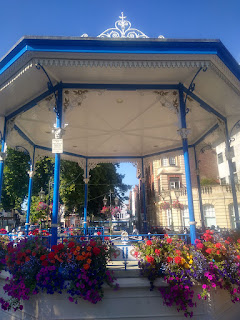 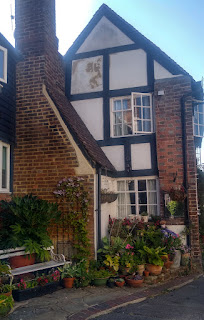 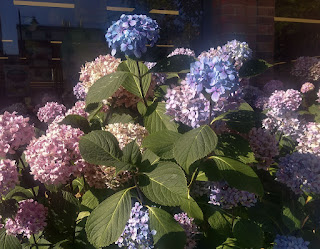 Yesterday morning was rather a contrast as we got some much needed showers. Humphrey wasn't a happy boy though because he's terrified of thunder and cowers inside. In fact he's not been a happy boy for a few days. TYM commented how grumpy he was...he bit him and it's virtually unheard of as he's usually one big furry cuddle. We hardly saw him either as he was rushing in to eat and then clearing off again to a secret place. I guessed that maybe it was the heat, but one evening he ventured back in and was far more his normal affectionate self. I then noticed a nasty wound on his neck....yes at the grand old age of 10 he has apparently taken up street fighting😾I suspect that there's a new feline around and he's been defending his territory. One expensive trip to the vet later and he's now on the mend. He won over everyone at the practice because he flirted outrageously and purred throughout his ordeal...so much so that the nurses have renamed him Champ! His owner would prefer that he kept his nose clean and out of trouble thank you. Here he is looking like butter wouldn't melt...we're supposed to be keeping his neck clean...naturally he's had other ideas and has taken every opportunity to roll in every bit of dust he can find whilst napping on the border! 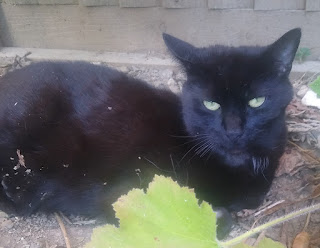 If you've had enough of me nattering I can go and put on my new red kettle. Our old one died, but fortunately for us I'd just received some vouchers by way of payment for a shopping scheme I participated in until recently so there was no outlay for either this shiny addition to the GBT kitchen nor the green toaster that I also splashed out on. If you fancy a piece of cake to go with your cuppa I have been baking.....jaffa drizzle cake for my friend's birthday at the weekend https://www.bbcgoodfood.com/recipes/jaffa-drizzle-loaf 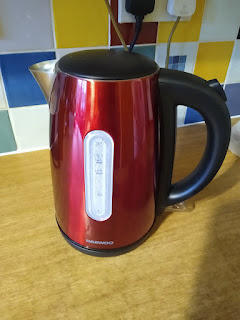 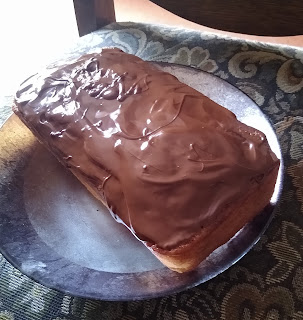 To end many thanks for all your comments about our new hay box. We've roadtested it with a casserole I put together. Mr GBT has added in some more insulation and we've swapped to a metal pot...early signs look promising and it had kept our supper nice and warm. There'll probably be a few more tweaks along the way, but so far so good!
Arilx