And The Grumpy Old Trout Went Out!

Overtired and snippy Sunday morning- that was me. Absolutely charming I was but thankfully Mr GBT put up with me being frankly a PITA and once I'd been out in the sunshine and enjoyed a local jolly I returned to The GB Towers in a far better frame of mind.

I've recently discovered and joined a Facebook group called "Strange Things Found In Churches". To my delight I find there are many other souls who take great delight in snooping around churches so I'm afraid this has made me ten times worse! I've got a list of places I'd like to visit including churches [I add more on as fast as I tick others off] and yesterday saw another one scored through.

Nestling at the foot of the South Downs this is St Botolphs which is a late Saxon church, Dating from 950AD it was originally called St Peter De Vetrie Ponte [St Peter of the old bridge] as it stood at the western end of the bridge [no longer in existence] which was on the pilgrimage route from Canterbury to Winchester. It was renamed after the Norman Conquest. 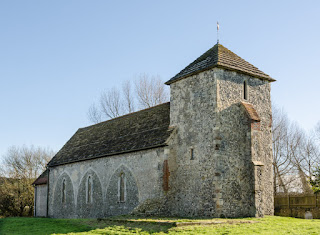 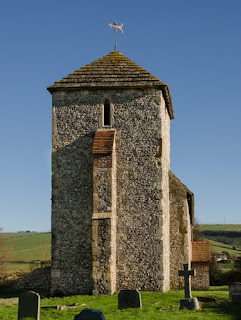 The ownership of the church passed into the hands of the Churches Conservation Trust in 2014 who are now doing the sterling job of carrying out essential maintenance work. It still has the occasional service held in it and I have to say it exudes the most wonderful sense of peace as you enter. It is simple and unadorned but that is part of its charm for me and I was touched to see in the visitor book that people came  sought solace within its walls after the tragic events of the Shoreham Air Show disaster a few months ago. 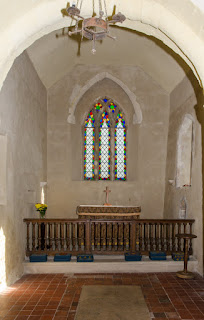 I had to wonder if whoever added their mark to the church door got themselves into a spot of hot water upon its discovery?! 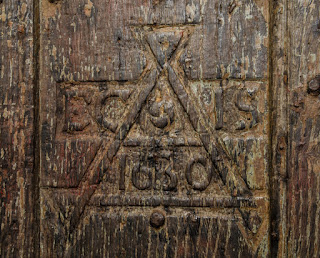 And this is a tapsell gate. Although this one is modern [2003] they are quite rare. Mounted on a central spindle they can swing all the way round and are named after a carpenter called John Tapsell. 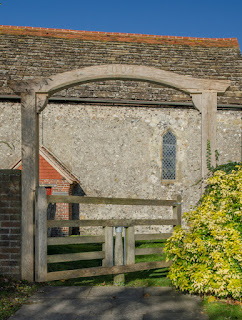 Always mindful of making the most of our fuel we then dropped into St Mary's in nearby Washington. Parts of the building are 13th century but the Victorians had a whale of a time and ripped down great chunks of it willy nilly whilst they set about "improving" it. Frankly it's left the place a bit sanitised but I did give the thumbs up to the rather splendid wooden barrel vaulted ceiling and the rather Arts and Crafts type depiction of the four gospels. It is very much still a hub of the local community and seems to have adapted to the changing demands made of it. Guess that's got to be a good thing rather than seeing it fall into rack and ruin through a lack of use. 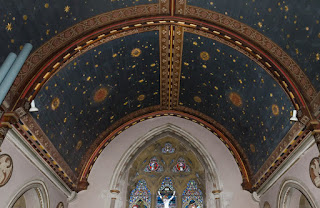 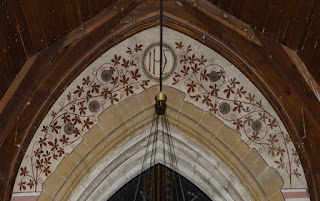 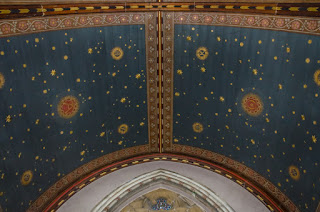 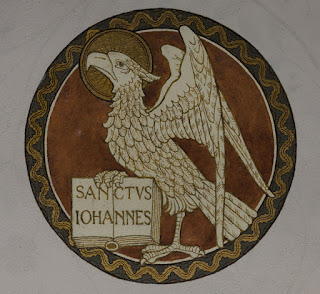 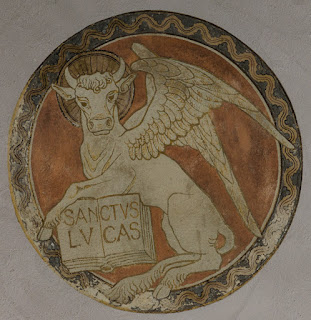 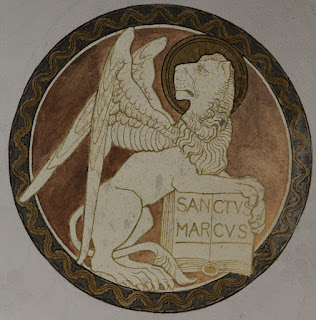 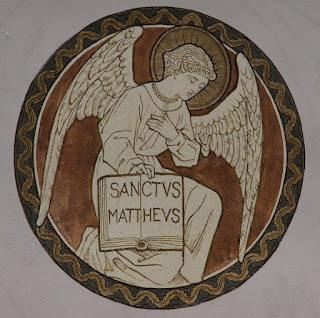