Sounds like a contradiction in terms but even on my short walk over to Kingston in the drizzle earlier this week I was stunned when a turquoise torpedo shot past me in the gap between the side of the boat and the river bank. It could only mean one thing...a Kingfisher. I barely had time to even register it before it was gone. 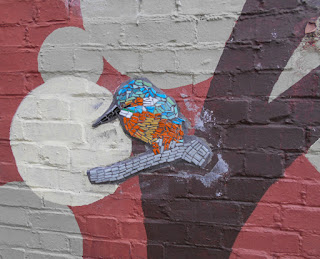 Then round the corner under one of the bridge arches one of these- a heron. Arty L said it's normally there. The water moves rapidly and it's found a perfect place to fish. It's quite used to bemused humans watching it although I suspect the majority miss it as it's tucked away. I took a photo but it's awful- dark, drizzle and a Janet and John press and point do not make for Simon King type snaps so you'll have to content yourself with this much prettier depiction 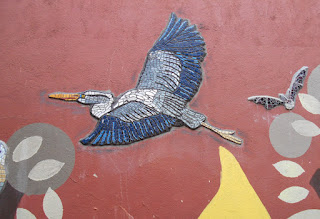 These images and the ones below form part of the Red Wall Mosaic which was created by the Save the World Club. It deters people from vandalising the area and we discovered it by chance on our way back. Although living in the area this was the first time dear chum L had seen it. This is just a selection from some of the gorgeous artwork depicting our fantastic wildlife. 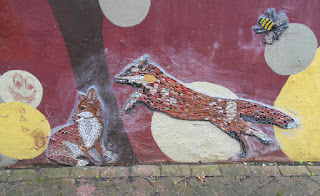 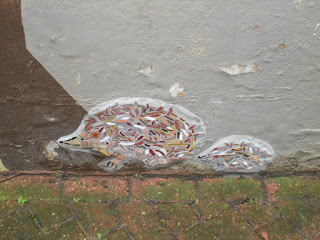 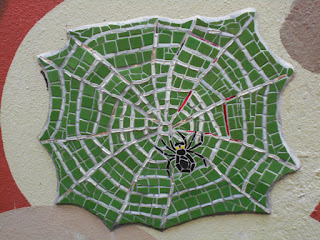 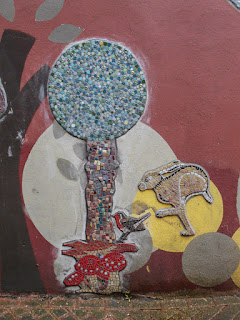