My Dad is of the opinion that if you always waited for a fine day in this country to do something outside you'd never do anything. Up to a point I'd have to say I agree with him. It's been a bit of a grotbag weatherwise this weekend in this 'ere part of the world but it's given me the chance to use my red poppy brolly whilst taking an amble when running errands yesterday and the mist and drizzle didn't put a halt to our plans today either.

We've sneaked over the border into Surrey for the traditional burning of the sticks which is held in Brockham every November. Hosted by the Rampant Rooster Morris side us, along with a handful of others, are invited for a spot of dancing and then to cast our sticks which have been broken during the year onto the dying down bonfire left over from the Firework Extravaganza the previous evening. 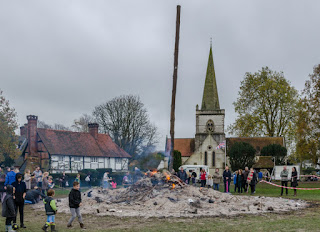 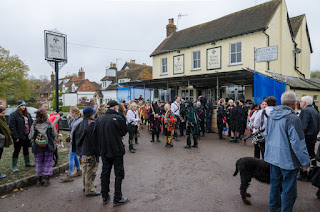 I've not done this gig before but it marks the end of the dancing season apparently...except nobody seems to have told Mythago because we've got dates in our diary for December, January and February still. Long may it continue. Huzzah! However, it could be the end of it for me because Humphrey seems to have requisitioned my kit bag and upcycled it into a feline bed. I shall have to wrestle that back off him I see! 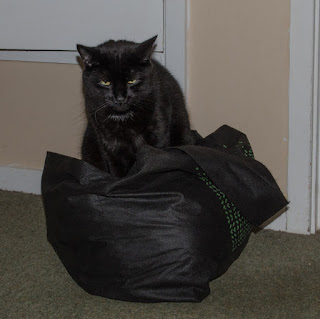 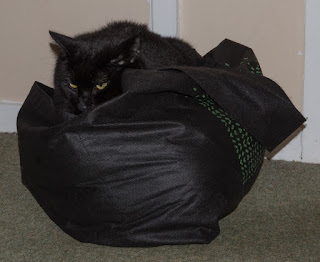 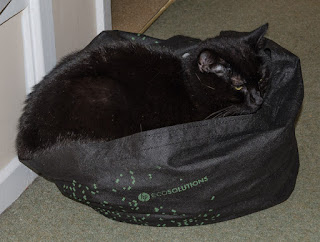