A quick whizz round the fun and frolics of the weekend.

Me and my very dear chum on Friday night. I had half inched the teenager's Grim Reaper garb for this ghoulish jolly. 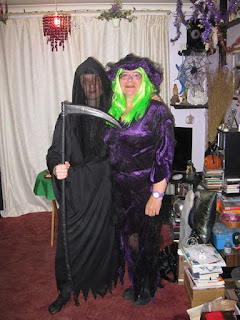 Mythago does Halloween. The amazing skull was painted by one of our side [it was illuminated by her son's bike light]. That two nights in a row that I've been out and about armed and dangerous. Should I be worried....or maybe you should be worried!! 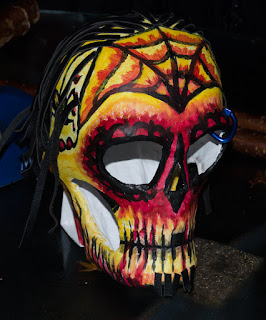 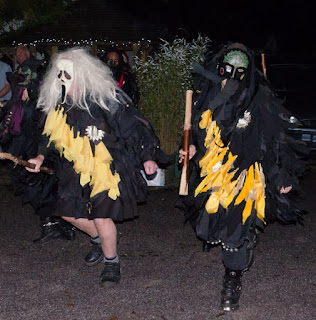 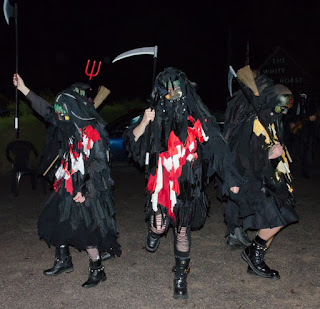 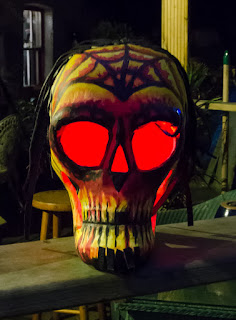 As for Humphrey, having done his one night's duty of the year as a black cat, you can see the effort of flying around on the broomstick has completely done him in. That's him worn out until 31st October 2016 then! For some unfathomable reason the teddy has become the head rest of choice this past week. Fickle creatures those felines. 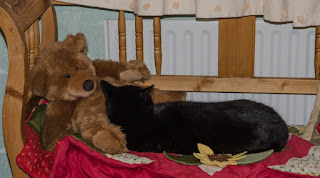