Tonight at 6.45 the monthly vigil will be held at the Crossbones Graveyard just a stone's throw away from Southwark Cathedral. Poems will be read and ribbons tied on the railings to remember all those on the fringes of society who were buried without honour in this piece of unconsecrated ground. 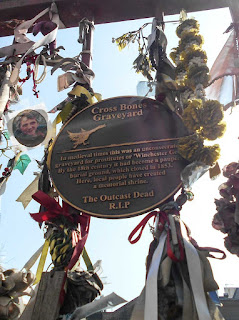 The earliest bodies were those of the anonymous Winchester Geese. These were the prostitutes who worked in the stews [brothels] in this area of pleasure seeking which was beyond the walls of the City of London and outside its jurisdiction. Ruled over by the Bishop of Winchester, they plied their trade legitimately and he earned income from the taxes he levied from them. Most it is believed died from syphilis or in childbirth.

This area continued to be in use as a more general mass grave for paupers until it was shut down in 1853. It lay forgotten until 1993 when excavations for the Jubilee Line started to unearth the bodies and it is now reckoned that it contains about 15000 people, over half of which were infants. Over time it has become a focal point for many to gather to honour these lost souls. Hidden away in a backstreet its stark simplicity and heartfelt messages sends a tingle down the spine. The memorial garden next door was shut, but I definitely want to return. More info from here https://crossbones.org.uk/ 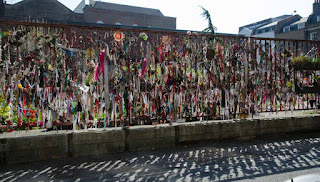 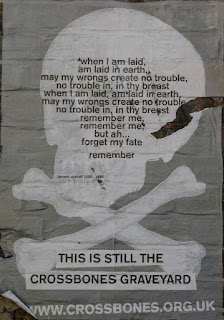 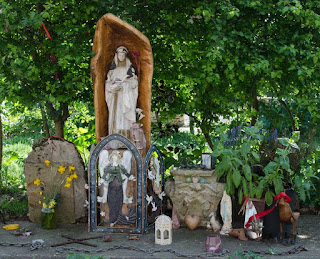 This quote is by Tish Thawer. 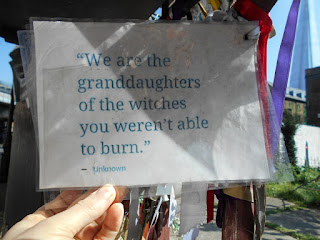 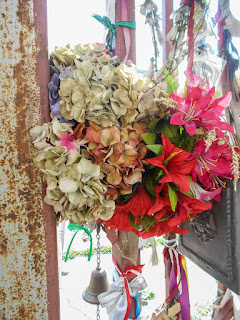