Running Around In Circles!

Not me, but the teenogre. He's completed his first half marathon in Croydon today for his rapidly approaching trip abroad.

Accompanied by his aged parents his greatest concern? Being the only one in fancy dress. Yeah well he's 18 isn't he! I confidently assured him on the train that I was sure there would be somebody else in costume [keeping everything crossed...oh the half truths we feed our children!], so sod's law ensured that he was the only one. I think in retrospect it was actually a bit of a blessing because he was running on his own, and not knowing anyone, it got people talking to him asking what he was up to and laughing with him in all his get up. 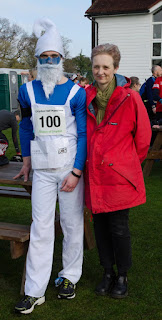 As for us two, we had to keep ourselves amused while he slogged round the route a couple of times....due to the clement conditions we were able to take a leisurely stroll. We did witness the ambulance cyclists pedal past us at high speed at one point...one chap had collapsed, hopefully he recovered quickly. 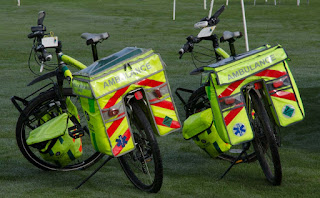 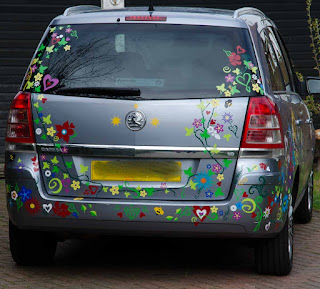 Pleased to report our son made it round ten minutes quicker than he predicted and all in one piece. He was definitely the only blue faced finisher in amongst a sea of red faced ones! 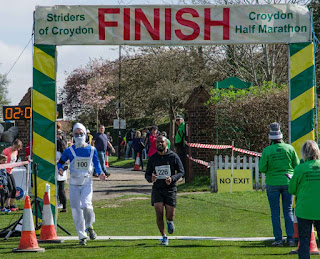 He has another two races to go with the final one being in Hackney. I know that's the one he's most looking forwards to as it will go all around the Olympic Park. Thinking back to 2012 has stirred a few memories including this priceless one. There are some things us Brits just do amazingly well and this was one of them!