A Sea of Green

As a child I only ever knew about the Mayday festivities from books. Following the Victorian moral crusades such scurrilous drunken celebrations had largely been consigned to the historical records, but now it seems that people are looking back and recognising that if our customs are to survive, new life needs to be breathed into them. Thankfully traditions from throughout the seasons are being revived and spreading fast. The Hastings Jack-in the-Green was brought back in 1983. It pays homage to the celebrations of the past, but has been allowed to grow organically into the amazing all weekend event it now is.

This is the Jack. He is attended by bogies [the chaps in green] who guide him up through the old town of Hastings. Accompanied by music and dancing he celebrates the coming of Summer. Best ignore the lashing rain then! 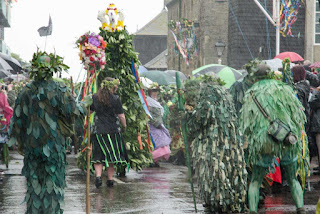 Here we are braving the elements in the parade. 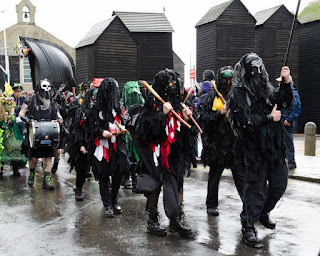 Despite the evil weather first thing I have to say it's a feast for the senses and has the most amazing atmosphere. Just a few of the cast of characters..... 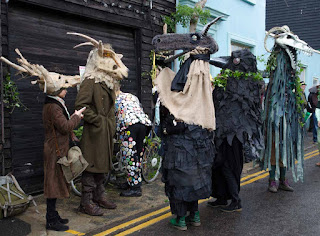 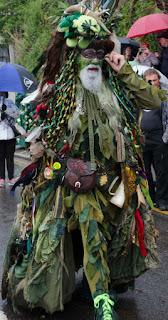 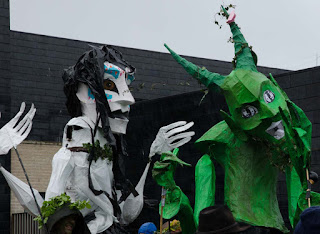 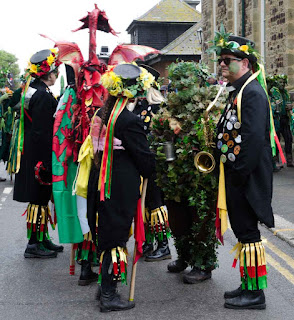 Yes if you look carefully at the end of the gentleman's staff your eyes are not deceiving you for this is all about the fecundity of nature! 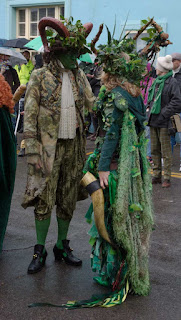 This chap has tiny figures around the top of his hat...they should show up if you wish to double click the image.

I now have serious hip flask envy....look at the size of that one! I wouldn't say no to her green boots either! 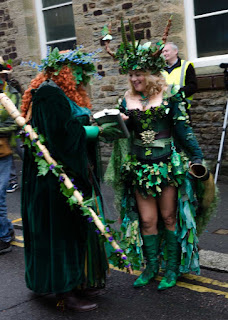 As for these two charlies.....they don't quite cut the mustard do they with their cabbage leaves stuck on their faces...they did make me laugh! 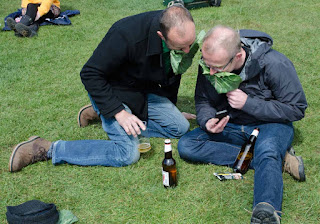