Sweet Dreams Are Made Of This.... 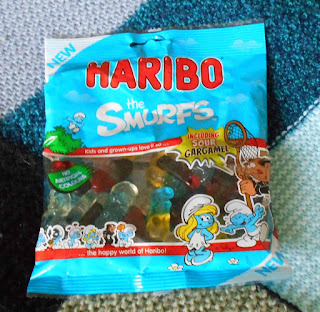 How timely that Haribo should bring out this new range just as the teenogre has completed his last half marathon. He doesn't have a sweet tooth by and large, but these do tickle his fancy and have been his sweetie of choice during his recent running adventures. Sadly I found them too late for his last run at Hackney on Sunday, yet seeing as I am a Kind Mother I have bought him a pack anyway! I will confess that he is very glad to not have to do any more running and even gladder that he doesn't have to don the blue face paint anymore. It wouldn't have been much of a challenge if running was something he loved doing now would it! 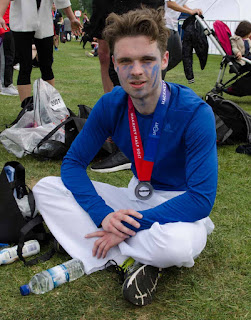 Hackney was a somewhat larger affair than the two previous occasions. 11000 runners, loud music and a chance to high five this fellow meant that the whole event had a far better vibe to it from his perspective and for once, he wasn't the only one in fancy dress! 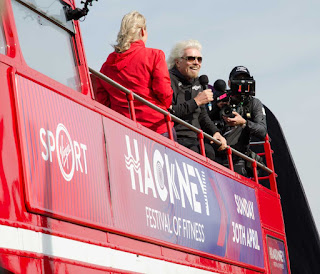 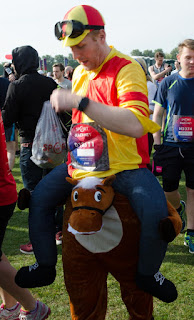 Having seen our offspring safely start, his aged parents sought out the peace and quiet of the Hackney Marshes cafe round the corner and away from all the artisan vans doing street food at high end prices before embarking on a quick spin around the Olympic Village. We didn't have much time to explore as he doesn't hang about, but I enjoyed what I did glimpse. I am a huge athletics fan and it's going to be really fantastic to see the site being used again to host the World Champs this summer. 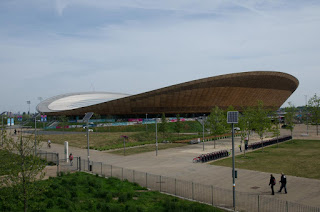 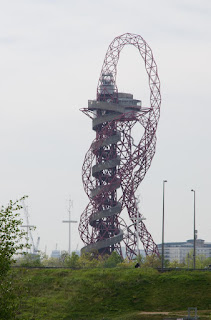 Now you know me...it wouldn't be an authentic Aril post if I didn't manage to spot something just a tad unusual. Having had recent encounters with the gold and black ones, I seem to be attracting non standard phone boxes of late. This sculpture, along with several others where the boxes have been cut up and reassembled in different forms are to be found all around the site. Always good to find a bit of oddness on what promised to be a sensible sort of day. 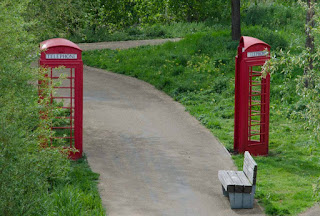 That is the end of our running tales...back to the safety of my parallel universe once again!

PS I have shown my son face on this time..he's just taken the rise out of me for trying to find one of him where his face is covered. So it's with his permission I've chosen this one!
at May 03, 2017