Better not to cross the cross architect!

Upon the completion of his plans for 54-55 Cornhill, London the architect was most aggrieved when the vicar of the church next door brought legal proceedings against him for encroaching upon their land by a foot.

Returning to the drawing board the architect tweaked his design whilst plotting his revenge. Upon completion of the building it was noted that it was now adorned by three devils [henceforth known as the Cornhill Devils] who were positioned so that they could scowl upon the members of the congregation. One is rumoured to bear more than a passing resemblance to the man of the cloth who had caused him such offence. 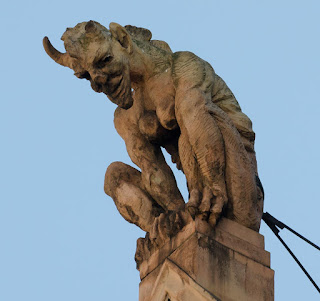 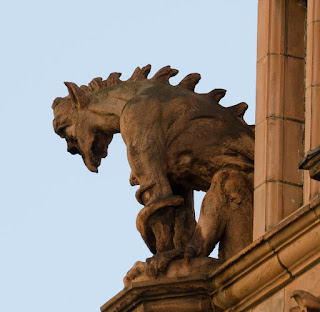 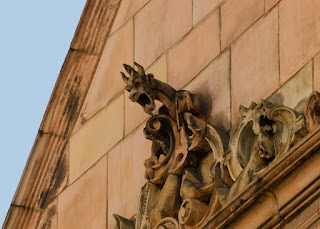 I am unable to account for the veracity of these events, but whatever the truth it makes for a good yarn and his handiwork can be admired to this day.