For such a small word "gang" has some rather nasty connotations to my mind. I'm thinking along the lines of gang plank, ganglands, pressganged, the Hawkhurst Gang which were a nefarious group of Sussex smugglers.....then I heard about the Ferguson's Gang and everything changed.

Post WWI there were certain sectors of society expressing their disquiet and anxiety at the galloping pace of unchecked development chomping up England's countryside and the historic gems being torn down and lost in this unfettered wave of progress. The architect Clough Williams-Ellis expressed this fear in his work "England and its Octopus" and the Ferguson Gang drew inspiration from it.

Formed in 1927, the gang made it their mission to raise funds for the National Trust to enable it to purchase buildings and land in order to preserve the nation's heritage. The whole set up was very cloak and dagger with the members only known by pseudonyms such Bill Stickers, Red Biddy and the Nark. The presentation of the monies was done with equal panache as they would appear at the NT HQ and give clear instructions as to how it was to be used. On one occasion Red Biddy simply placed a sack of Victorian coins to the value of £100 on the rather startled secretary's desk!

Their activity ceased after 1947 and the gang passed into the annals of history largely forgotten. At the time only a small handful of people within the NT knew the true identity of those behind the gang, but now it's known that they were all female [one persuaded her brother to give a radio interview posing as the mysterious "Ferguson" to throw people off the scent!]. Despite being well educated and all coming from privileged backgrounds, it's still a remarkable achievement seen in the context of women [and only a minority still] only just beginning to see the first small shoots of independence. They donated £4500 which is the equivalent of 0.5 million today. In recognition of their incredible support the NT allowed them to set up their secret meeting room at Shalford Mill near Guildford. This was one of the earlier buildings they had saved. 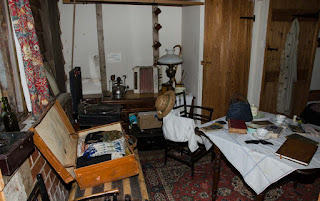 My first encounter with the tale was a visit to the old townhall at Newton on our trip to the Isle of Wight earlier in the summer. 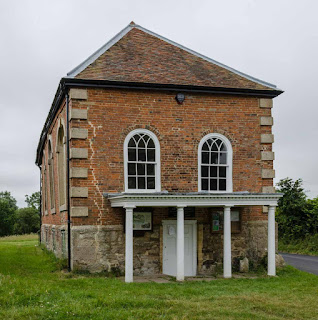 I was so intrigued that I felt I had to go to to Shalford Mill to pay my respects and hence my motivation for going over. 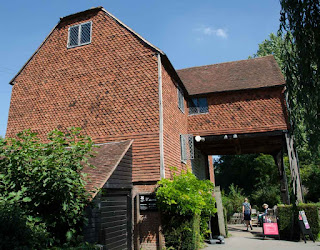 I feel that I have a lot to thank them for!