As threatened....we are back in Norway today. This is the massive open air Folk Museum which sits on the outskirts of Oslo [the exclusive part where the monied folks dwell!]. Not too much talking...just a sample of pictures. Enjoyed it immensely.  Despite the size of the site many of the buildings are not open to view inside so it doesn't take as long to get round as we initially thought. Phew!

This is a typical Scandinavian stave church. They're made entirely from wood and most remaining examples are in Norway. This one dates from 1200 with some renovations. It was very dark inside and a devil to get photos of. There were a whole row of these fairly crude heads carved from long posts with the detail burnt on right up high. The paintings near the altar were magnificent. 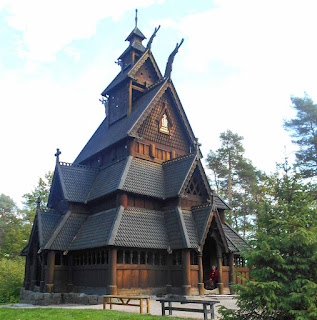 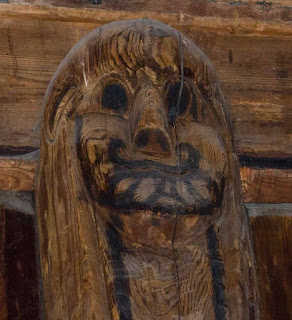 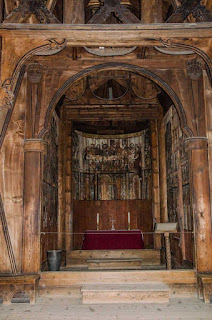 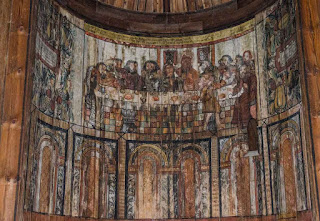 Examples of the farm buildings and store rooms which saw me beginning to lose the will to live eventually...there were so many of a very similar ilk! 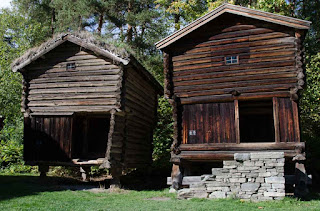 Shots of traditional painted furniture and interiors. They put me in mind a bit of our barge ware painted furnishings. 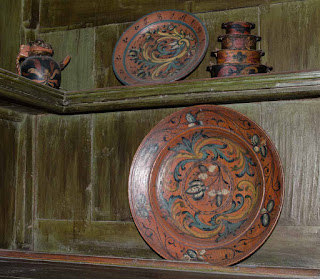 This type of motif is called kroting. It's a mixture of chalk or sour milk and water and was painted on by the women at Christmas, Midsummer and for weddings. Eventually paint was used instead to make it permanent.

Decoration was not just restricted to within the houses. The grander ones have carvings on the outside, doors and shutters. 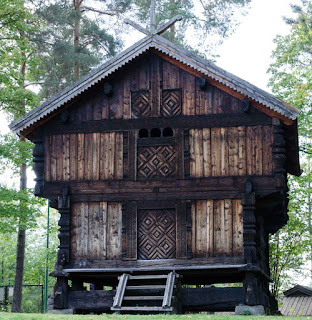 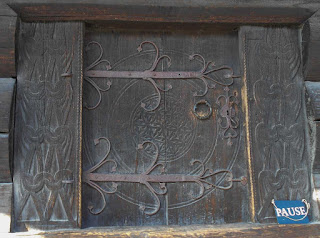 I had to ask the room guide what this thing was. A coffee grinder apparently. The carved horse roller was used to smooth linen. 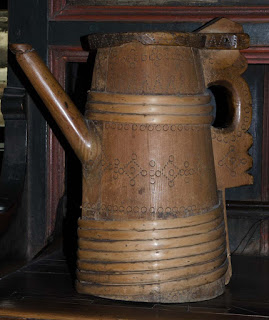 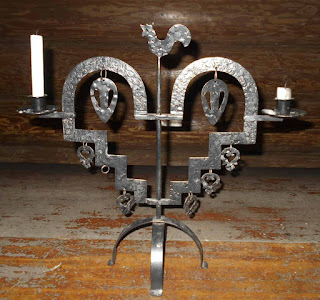 Towards the end of the route the museum has a street of more modern places. A couple more to end the tour...by this time our feet were aching [we'd been to the Viking Ship museum in the morning] and we were more than ready for a breather! 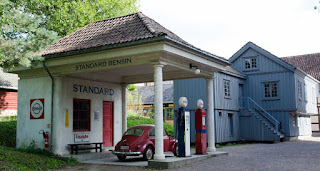