This charming 16th century farmhouse is called Abbot's Court and is in the tiny Gloucestershire village of Deerhurst. Originally the stone portion of the building would have been covered in white plaster so that there wouldn't have been such a marked contrast between the two. 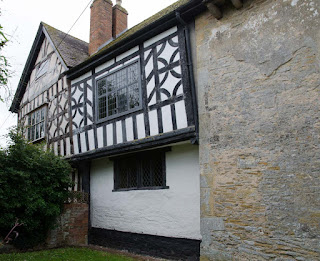 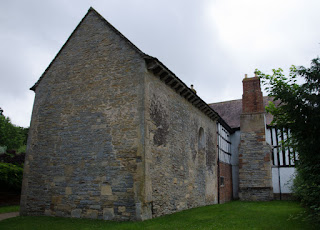 In 1675 a large carved stone was discovered in the area. It recorded a stone chapel being built on the orders of the local Saxon Earl Odda for the soul of his brother Aelfric who had died on 22nd December 1053. Unusually for the time and for England it was dedicated to the Holy Trinity. The location of the chapel had long since been lost, but the Odda Stone, as it came to be known, found its way into the conservatorship of the Ashmolean Museum. This was enough to send me scurrying back to my photos of my one and only visit there. Knowing me and my penchant for old stones....bingo! My hunch proved to be right. Not that I had any idea of where it had come from you understand then! 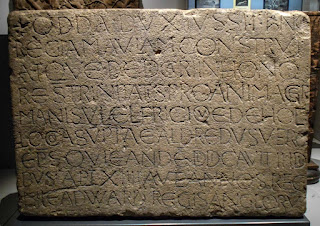 By 1885 the farmhouse was undergoing renovations and as for that old plaster....oh so very 1884. It just needed to chipped off and gone. Thankfully as the stone underneath began to emerge once again the Rev George Butterworth recognised what he was really seeing before him. One of the most complete Saxon chapels remaining in the country. It is not surprising that it had remained under people's noses, but not seen because the nave had become a kitchen and the chancel a bedroom! 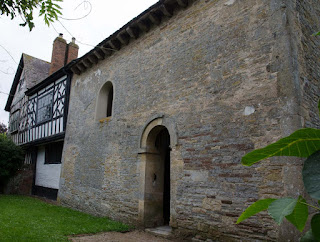 Now it's open during daylight hours and free to visit. Inside it's completely unadorned, but has a real sense of time having stood still. 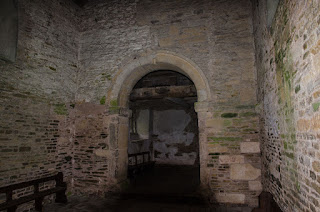 Whilst this alone might not tempt you to stop awhile in the village it has another Saxon gem to take your breath away....tomorrow folks!
Arilx
at July 26, 2021