Better be on your best behaviour!

I did like this notice that I found in the Lavenham church porch. N'er a truer word spoken in jest and all that! One thing that I did notice is that many of the Suffolk churches we saw went in for these stonking great porches plonked on the front. The tiny museum at Woolpit informed me that the room above the porch is called a parva and was a multi purpose space sometimes used for storage or even living in. 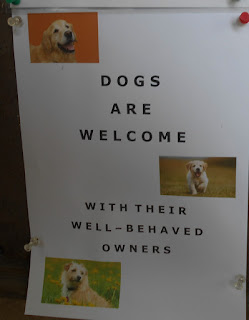 Now SS Peter and Paul's church is nothing if not attention seeking. The people who stumped up for it wanted you to admire their legacy and not forget them. If you squint you can just about make out that there are a series of stars on the tower. These are for John de Vere, 13th Earl of Oxford who was one of the primary benefactors. The other were the three generations of the Spring family who have no less than 32 displays of their coat of arms on the parapet! They were by all accounts wool "barons" and incredibly rich. The reminders of their contribution to the building of the church don't just end there either. 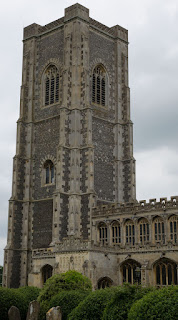 This wooden carved "thingy" inside is called a parclose and was made in the memory of Thomas Spring who died on 29th June 1523. This fellow was a "rich clothier" who left money in his will for the steeple to be finished. Priests would have sung a daily requiem mass in it for his departed soul. His widow Alice appointed the finest craftsmen of the day to create it. Looking at their work one wonders what their brief was..... it must above all contain strange beasts with protruding tongues and pulling of said protrusions?!! 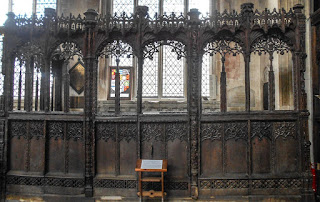 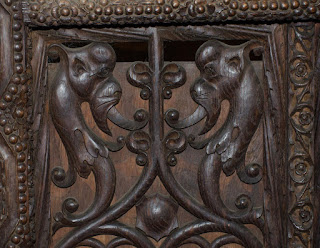 Due to Covid restrictions some parts of the church were roped off but I was still able to glean quite a few treasures in my limited time there. Many's the time I've shown the classic memento mori combination of a skull and angel on an 18th century gravestone, but this one had a foliate head thrown in for good measure which I've never seen the like of before. Even showing it to people who know about such things it turns out it's an unusual combination. Have a fabulous weekend folks. We are celebrating Mr GBT's birthday whilst TYM is off on his hols with his mates staying in a static caravan...hmm lads, footie and beer👀😁 the perfect combo!!!
Arilx
at July 02, 2021