Free as a bird 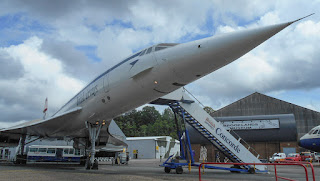 You might not be familiar with the name of "Grace Bird", but that's the name this country's first female qualified pilot flew under. She didn't want to embarrass her novelist husband as he believed that "Women will never be as successful in aviation as men. They have not the right kind of nerve." As you might imagine I was a bit peeved when I read that quote, but this was 1911 and thankfully I held my horses before I jumped to any conclusions.
A bit of further reading revealed a fascinating Mrs Hilda Hewlett who was one and the very same as Grace Bird. She had always been fascinated by cars and had made it her business to understand what went on under the bonnet. Incredibly for the time she had travelled with Miss Hind as her mechanic as early as 1906 when Hind was the only female driver participating in a drive from Lands End to John O'Groats. Her love of the mechanical only increased following her time spent in France in 1910 when she met Gustave Blondeau who taught her about aviation.
Together with Blondeau she set up a flying school at Brooklands in Surrey and then later on went to establish the Hewlett & Blondeau aircraft manufacturing firm. The business did well during WWI and her husband, despite his fears about the dangers of his wife flying [which were not unfounded] showed his support by financially investing in it. Sadly, as was the way of so many of these companies, demand for planes dropped right off after the war had ended and the company shut in 1920.
Never fear though Hilda was not one to sit back and rest on her laurels. Instead she taught her son Francis to fly and he went onto have a distinguished career with the military and set up a training school for girls....none of that finishing school/debutante stereoptypical female type guff for her....no she wanted the girls to become adept in a traditionally man's world by learning skills such as welding! She died in New Zealand and was buried out at sea in 1943. Deservedly so she has her own blue plaque.
We need to be dusting off more of these historical achievements of empowered women to move forwards and even things up....they have remained hidden in the shadows for too long.
Arilx
at July 05, 2021