Having a material connection.

I don't know about others, but for me the travelling to and from a holiday destination forms part of the experience and unless it's a really long journey or one all on motorways I try to incorporate a little something both ways to make the most of our time away. On this occasion I chose a pitstop in the Suffolk village of Lavenham. I think you'll see why from the photos....😀

Despite Lavenham only being a village it is one that has been built on the tremendous wealth of the wool trade and the commercial success of its "Lavenham Blue" broadcloth. This shows in the size and grandeur of the parish church [it was the last so called wool church to be rebuilt before the Reformation.] and the type of buildings that survive. With cheaper imports coming in from Europe and Dutch refugee weavers in Colchester being able to undercut the village its fortunes saw a sharp downturn in the 16th century. The medieval buildings remain in their original state because people couldn't afford to alter them. For us now 500 years later that's a complete gift as we can only look on in awe at their splendour. 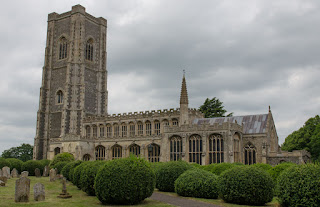 The Guildhall was built by the Guild of Corpus Christi in 1529. It was one of three guilds at the time that were brought in to oversee the wool trade. It's got some fabulous carved decoration and is now in the hands of the National Trust. I was intrigued to learn that it and other buildings were filmed and then CGI'ed into the Harry Potter films as Godric's Hollow. This one was altered and appears as Harry's derelict family home. It's amazing what little nuggets one can pick up when you get chatting to the lady on the table next to you in the pub! 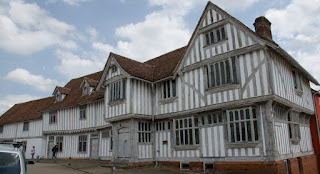 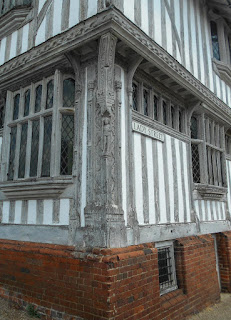 14th century Little Hall probably built for the Causton family of clothiers. It's one of the oldest buildings and at one time was an outpost of Kingston College of Art. Now it's a museum.

The Crooked House....supposedly one of the most crooked properties in the country and the inspiration for the poem "There was a crooked man". 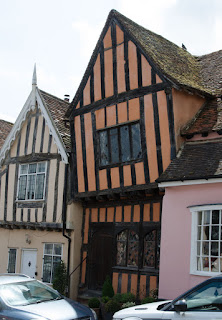 The Merchant's House [now a holiday rental cottage] and a few more examples of the fabulously varied buildings. It's refreshingly different for me to see painted examples and ones where the wood has been left its natural colour. I'm used to it all being black and white round here! 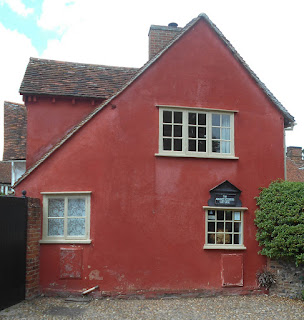 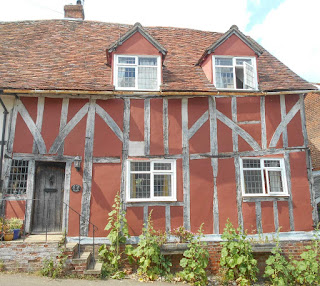 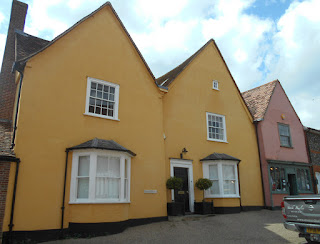 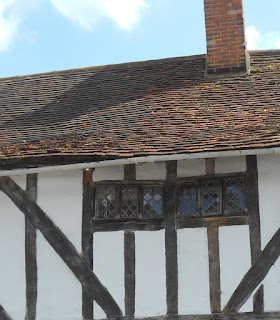 The market cross built in 1501 in accordance with the wishes in the will of local clothier William Jacob. The base is original, but the post was added in 1725. The market held here was permitted by the Crown in 1257 and continued until the 1700s. 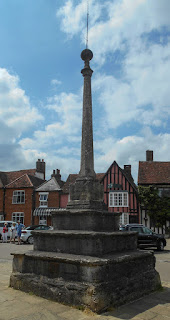 Anyway I feel that's quite enough of the history lesson for today. So to stop it from all becoming a bit dry here's a few random details for interest. Surely those two dragons that sit either side of the same door must be your classic personality A and B types....I can honestly say that I have never seen one so chilled out in all my travels! 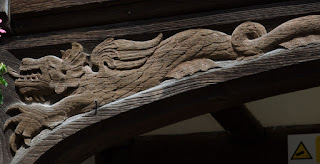 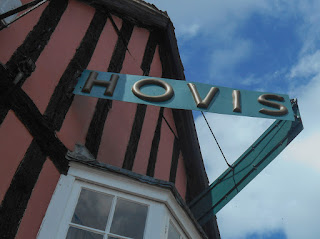 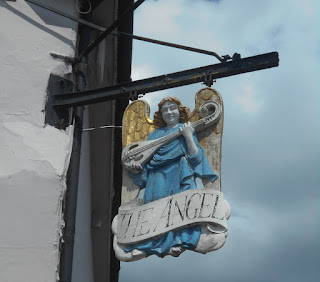 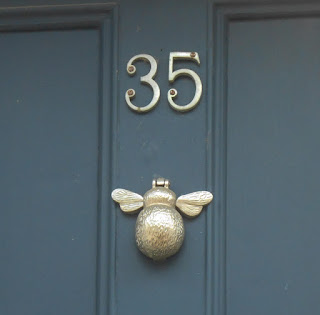 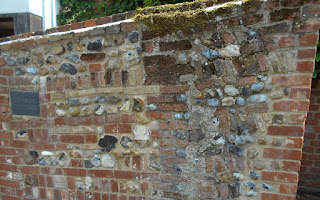 It truly was a lovely way to while away a couple of hours in the sunshine before we could get into our self catering place. However, it was not for that reason alone that I chose to come back again. Back in the early 1990s Lavenham had a silk shop which my Mum and I travelled up from here for the day to make a special trip. It was where I chose the material for my bridesmaids' outfits and my own wedding dress👰💗 It brought back some treasured memories. I still have my dress [and the same husband].
Arilx