Going Round In Circles

All right maybe not circles just circle singular. Despite the amount of rain which has fallen from leaden skies these past few weeks, despite the prospect of possibly ankle deep gorgeous Sussex butter [mud] we donned our waterproofs and boots and set off on the first 2016 walk organised by the Sussex Wildlife Trust.

This one was from the nature reserve at Lancing Ring and the weather did play ball sort of. At one point a vicious rumour spread through the group like wildfire that the sun had broken through but it soon was overcome with modesty at its brazen show and hid behind its grey ruffled skirts once again! The wind was a trifle biting at times too...thankfully I was wrapped up like the Michelin Man! 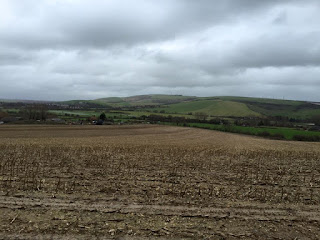 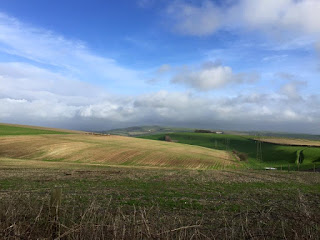 At this time of year there doesn't initially seem to be so much to "see" but as ever look hard enough and you will be rewarded. These are the fungi in their various forms [the first one is called wrinkled peach apparently]- the photo quality isn't great I regret as I only had my press and point camera with me. The high quality shots are always courtesy of Mr GBT or, as in the case of the views above, Ma and Da which I have cheekily used and asked their permission retrospectively. This is the online equivalent of your adult children coming back into your home and raiding the cupboards for snacks despite having long since flown the nest and being parents themselves! 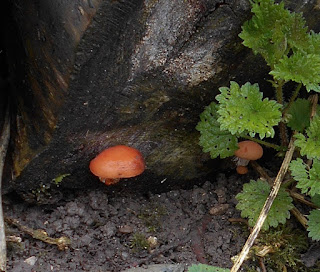 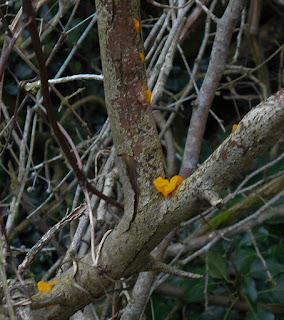 We stopped off briefly at a small charming Saxon church too so will put up more photos tomorrow.

A cracking good hike to start the New Year off.