As the end of term approaches [not quickly enough for some I would imagine] the traditional Sports Day looms for many. 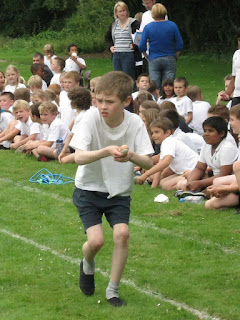 I've done my time standing on the side of the race track cheering my little darling on. He was always incredibly active, but never what you might call sporty [just like his Mother then]. On one occasion he was about to cross the line in first place in a skipping race....shouting madly for him he turned round and headed back the other way to get a drink. Ah the sometimes magical world of Planet Asperger... head bangingly infuriating at times, but not without its charms at others!

In under a month the wanderer returns...he's still leaping about all over the place and is having the most amazing experience. The thoughts he's had of wanting to work in International Development as a career have been confirmed by this trip I think. When asked what's he's missing his reply was....Dominos Pizzas. That's my boy! 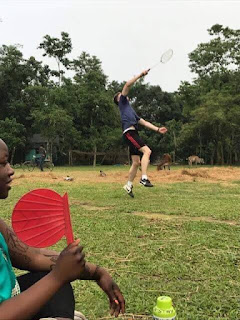 PS I should thank John over at Going Gently whose post today prompted the memory of this little anecdote.
at July 06, 2017