Never let it be said that some of the erstwhile occupants of the properties along Mermaid Street in Rye, East Sussex suffered from overactive imaginations when giving their houses names....without any hint of irony, these are possibly one of the most literal sets I have ever encountered...

Allow me to introduce...."The House With Two Front Doors" [if you have a care you can double click it to see this highly original name above, yes you've guessed it, the two front doors!] 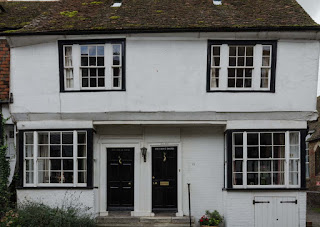 Then we have "The House Opposite" 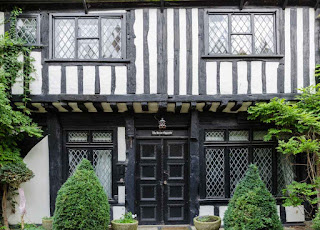 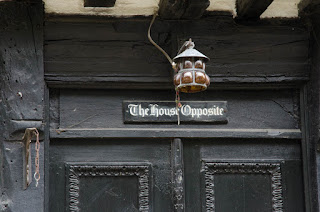 It is actually opposite the Mermaid Inn which was once the haunt of the Hawkhurst Gang....a particularly nasty set of brigands with the blood of many of their foes on their hands 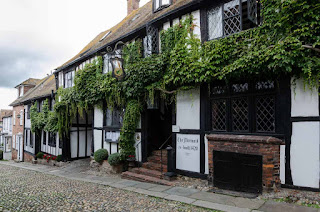 Finally, further up the street we have the "House With The Seat"...I am afraid that I am unable to provide any evidence of said seat as we were hauling all our clobber up the hill over the cobbles to get to our next dance stand. 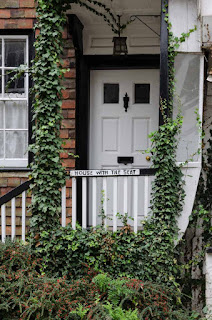 Rye is a very picturesque place and popular with the tourists, but somehow I found it slightly lacking, almost sterile. Perhaps a return visit when I've got more time to explore will bring about a sea change. However, the dancing was, as ever, the most fab fun!