Keeping Within the Lines 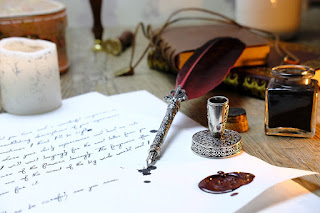 Back in the Dark Ages when handwriting, as opposed to typing on a keyboard, was still a thing I used to envy those who could write freehand in a straight line. Perhaps you had penfriends around the world like me and sending newsy letters was very much a hobby. If it was an informal affair I could get away with a funky coloured ink on foolscap paper, but ones like thank you letters required a bit more formality and care. Left to my own devices it would all go downhill very quickly as my writing would gather momentum and make a break for the bottom right hand corner of the page as fast as it decently could. To avoid it happening I recall either having to draw lines across the paper or trying to use that lined bit at the front of the pad which always frustratingly would slip all over the place!

It would seem this is an age old problem and this unremarkable looking little object in the photo below was the 13th century answer to this very issue. 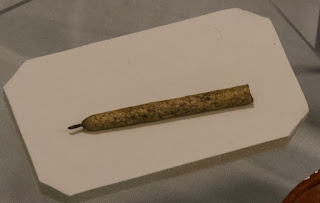 This is a manuscript pricker and it was used to prick holes down each side of important documents so that lines could be drawn between the holes across the page before it was written on. It was found in one of the digs at Carisbrooke Castle.