This rather nice little pad is Polesden Lacey and was once one of the properties belonging to Ronald and Margaret Greville. Nowadays it's in the hands of the NT, so the hoi polloi can wander its corridors, but I expect news of this would send Mrs Greville spinning in her grave. In her time she was one of the richest women in the country and one of the top society hosts. An invitation to one of her famous weekend parties meant you had made it socially for this was a lady who entertained members of the Royal Family. She was a political animal who sought out those she believed could further her power and influence and it's not for nothing they were called The Grovels in some quarters. Margaret turned brown nosing into a higher art form and made some outspoken enemies along the way.

On previous occasions I've never really warmed to this particular house. However, it made a perfect mid way point to meet friends for a picnic a couple of weeks ago and it was good to get the chance to go back and have a refresh.

A few photos from the day. 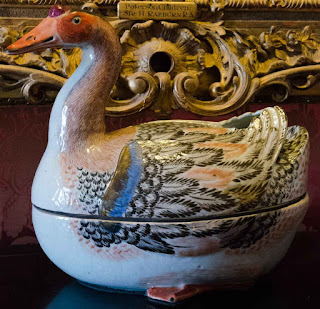 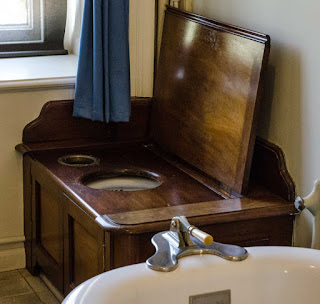 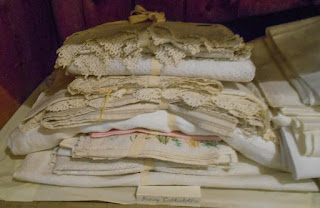 Mrs Greville laid down a very strict dress code for her guests. Each was to bring five outfits, so they were fully prepared for all the different laid on entertainment. One needed a Sunday Best, tweeds for sporting activities, informal but smart casual wear, something suitable for tea [her tea dress is shown below] and party gear. It was obviously all rather a headache for poor Mrs G if the comment about the red carpet is anything to go by. 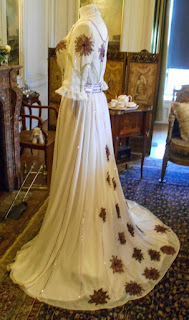 This room most definitely is not to my taste....it would appear that I am not the first person to have had this reaction! 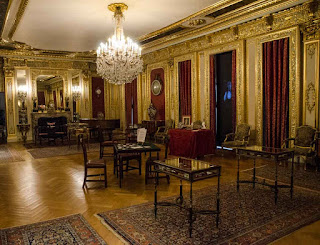 However, there is one little piece of furniture which stole my heart when I went before. This little unobtrusive Polish Draughts table which sits quietly off to one side. The board comes out and underneath is a Solitaire board [all the counters and dice are kept in the side drawers] 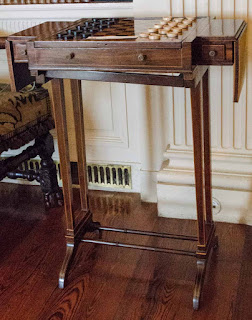 Perhaps you might be wondering how I know this level of detail about a single piece. When I said it stole my heart I wasn't exaggerating. Mr GBT went back and sketched it for me, so that I could have my very own copy for my dollshouse. We have sold several others since, but I still have the original! 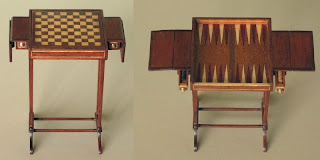